The Veritas crew investigates a mysterious stasis box, while Ghant Xerix and Wil Ukinix head to Betazed and soon find themselves caught up in the drama of the Noble Houses. Meanwhile, with the captain's life at stake, Geoffrey Teller is forced to continue the saga of Silas Finley. 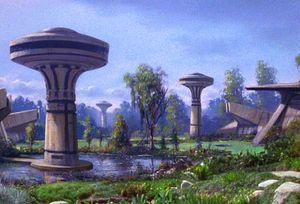 Jansen Orrey wants help with a Romulan disrupter. Geoffrey Teller lets himself get shot. The captain is not amused.

After his cousin's death in a bombing on Earth, Ghant Xerix and others head to Betazed for the funeral. Wil Ukinix discovers another relative from the Ninth House of Betazed.

A Rogue Amongst the Stars

As Captain Roshanara Rahman and Geoffrey Teller enjoy a private excursion with Kinan Venroe, they are abducted by pirates, who recognize Teller as his alter ego, the fearsome pirate captain Silas Finley.

In command of Veritas while the captain is away with the chief engineer, Evan Delano leads the crew on a mission to investigate a mysterious stasis box.

On their way back from Betazed on Ghant Xerix's private vessel The Celestial, Ghant, Addison MacKenzie, Andy Monroe and Wil Ukinix almost fall to an explosive trap set by the militia separatist group the Maquis Reborn.