The USS Arrow was constructed just before the second Borg incursion of 2373, and her first voyage was in the middle of that battle. She then saw extensive combat during the Dominion War and her battle scarred surface still shows evidence of that horrific war. 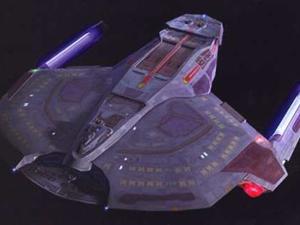 Today she serves as a support vessel for Starbase 118 Operations. She is served a mission late in 2383 under the command of Captain Mal Avatar. Her missions are varied from simple patrol missions to escort duty.

During the first few months following the change of command of Operations to Captain Avatar, the Arrow was the lone fully operational vessel permanently assigned to StarBase 118.