Shortly after Veritas arrived at Antor II to assist with recovery efforts from a recent series of ground quakes. an explosion caused by terrorists in possession of a Starfleet tricobolt device destroyed the Jade's Dragon Casino in the city of New Macau. Shortly thereafter, a secondary explosion - apparently a suicide attack - killed or injured many of the city's first responders. Veritas medical and SAR staff were soon dispatched to assist in rescue and recovery efforts, while engineering crews began assessing the new damage to New Macau's already weakened city dome. An additional team was sent to the surface to seal a small subspace tear formed at the site of the first explosion.

Shortly thereafter, yet another explosion collapsed one of the entrances to a series of mines being scouted by members of the Veritas crew as a possible evacuation location for the citizens of New Macau.

As Veritas and the people of Antor II continued to deal with the aftermath of these attacks, the ship's senior staff convened for a briefing, with the colony's governor, Carolyn Blackhurst, joining remotely. In the hours after the attack, the Shoals separatist group known as the Kos'karii, led by the exiled Klingon Jilor, claimed responsibilities for the attack. In addition, analysis of the blast site confirmed that the device used in the initial attack was of Starfleet origin.

After discussing the events and their options with her senior staff, Captain Rahman ordered an away team back to the surface to further investigate the mine explosion and possible suspicious activity. During their investigation, the away team, led by first officer Lieutenant Commander Mei'konda, encountered a hostile force and was eventually forced to return to the ship.

In the meantime, the ship's medical staff continued to help as many wounded as possible, with large portions of the ship serving as a makeshift hospital, while other members of the crew were assigned to investigate the origin of the attacks.

Several days later, as it seemed the attacks were finally over, Governor Blackhurst arrived on Veritas to deliver a speech to the people of Antor, and to the entire Colonial Coalition. Before the speech could begin, however, Veritas was targeted by a coordinated internal and external attack. Internally, several of the injured colinists Veritas had been treating turned out to be plants, who had been in the process of sabotaging the ship. Externally, three small ships decloaked and targeted the ship's torpedo magazine. Fortunately, the sabotage was detected in time to prevent catastrophic damage, and the attackers were subdued. 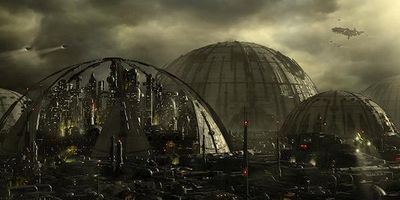 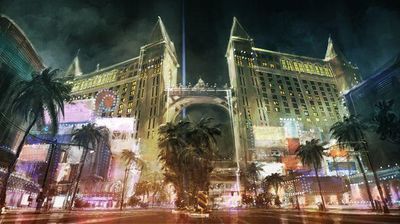