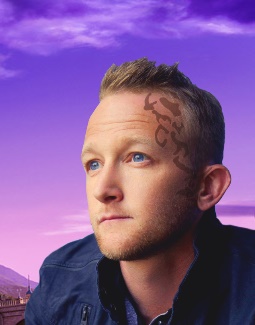 Kallo Ver is a Valtese 'trader' whom resides in the Shoals. Born and raised on Valt Minor by loving, middle-class parents, Kallo boarded a transport for Katar one day and accidentally ended up on Ketar V, opting to simply never return. From then onward, unhappy with the idea of finding legitimate work, Kallo became a career criminal, known by the locals to be "a man of the Shoals", having been as far into the Shoals as Havley's Hope. He is a smuggler, a con-artist, and incredibly difficult to keep in one place - he does what he likes, when he likes, much to the frustration of others.

Kallo was first encountered by the crew of the USS Veritas in late 2392 when he was caught smuggling the illegal narcotic, karasone, in colonial space.

After a two day transit to take him to Colonial Coalition Marshals Service custody following his arrest by the Veritas, he escaped from the Edria City marshal's office during his hand-over, quite literally slipping through the hands of his arresting officers. He was last seen heading into the Shadows, where it's presumed he has a place of residence.

He was later encountered on board the freighter Tiburon when it destroyed Yorba Station and is the only known survivor of the incident when he was discovered by the crew of the USS Veritas in 2394.

In 2395, he suspiciously arrives at Outpost 3 to give the repair crews much-needed materials and equipment to get the outpost operating at capacity again. However, in return, he asks Captain Roshanara Rahman for a favour to be repaid in future - though he claims that there are no strings attached. On stardate 239504.10, Kallo returns to Star Station Esperance to collect on Rahman's debt - namely in requesting that his ship, the Tiger Lilly, be released from Marshal impound. After hours upon hours of working with bureaucrats, Rahman returns the ship to Kallo.

Upon boarding, Kallo searches the vessel, and locates a PADD and a detonator "of sentimental value" of which he hands to Mei'konda. Once back aboard Esperance, however, Kallo blows up the Tiger Lilly, and is then remanded in Veritas custody. He explains to Rahman that he intended to be arrested (either by the Veritas or by Star Station Esperance) so to guarantee his safety from Aniliza Tacir and the Orion Syndicate, having duped them and with-holding the fact that he located coordinates to a long dead Romulan fleet within the Shoals. The crew investigates to find that Kallo was indeed telling the truth.

During their investigation, they encounter Niraa, an old associate of Kallo's who intended to use him to get access to the treasure he claimed to have found. She agrees to work with the Veritas, much to Kallo's distaste. The crew continue on to find a lost Romulan colony on an otherwise uninhabited planet. They convince Tacir, who had located Kallo with the intention of returning him to the Orion Syndicate, to work with them.

Kallo attempts to retell his version of the Lost Romulan Treasure Fleet to Liam Schnieder, a waiter working in a restaurant on the outskirts of the Shoals whom he all but forces to hear out six hours worth of story, but Kallo increasingly exaggerates the details of the ending and is forced to cut it short when they inevitably stay past closing time of the restaurant. It's believed that Kallo used the "treasure boxes" the Veritas found to identify the location of Romulan herbs and spice plants, generally available only on Romulus, locked in stasis containers that Romulan colonists had taken with them on their journey in the Shoals - as Romulus was destroyed over a decade ago by this time, such things are apparently worth considerable amounts of latinum, and he sells these to distributors in the Shoals. Kallo then leaves the restaurant, having paid 250 bars of latinum because he gave a free round of expensive drinks to guests as well as paid for the rest of Schnieder's shift. He then charters a vessel to return him to Valt Minor, his homeworld. It's presumed from this point on, he is less than careful with his newfound wealth.

Kallo makes an elaborate plan in 2397 to scam a wealthy family out of the "Badnut diamond". He intended to pass himself off as a long-lost relative, then to fake his death to gain access to a highly secured family crypt housing the gem. However, his plan goes arwy when the ship transporting his "casket", the SS Somershire, comes under attack. He is discovered trapped in his preservation crate by Blake, Kelrod, and Raissa Moonsong, readily surrendering to their custody, admitting the trip was actually his second attempt at the scam. Unconvinced of Kallo's surprisingly theatric tale, Hannibal Parker threatens to throw him out an airlock — to which Kallo responds, "Bloodthirsty men do not last long in these parts, ser. They rise, and thrive, for a few phoebs at most, but incite danger like no other. But last they do not. Take care who you ally yourself with."

Rahman queries Kallo for his knowledge about Henley Marths. Kallo's not personally friendly with the man, believing him "unpleasant" and "uncivilised", but his second-hand information is enough for Rahman to recruit Kallo to remain as a guide on Marths' possible location. On the Bridge of Veritas, Kallo provides insight on Mutara class nebulas in the area — where Marths is hiding. Once their mission is complete, Kallo is remanded back to CCMS, though again, doesn't remain there long.

In 2398, Veritas is asked to pick up a high-value prisoner informant from the Klingon colony VoqmoH'tuq. Rahman and Blake are informed by prison warden Dar'kang of their prisoner's incarceration: they were found trespassing and "ravaging" Colonel Cha’roq's petunias, a crime serious enough to warrant their arrest. Though the warden describes the prisoner as tiresome, on account of organising a guard strike on account of guard working conditions. When the Starfleet officers finally meet the prisoner, they're bitter to discover Kallo, claiming he is "a victim of society."

Kallo Ver tests the patience of everyone he meets, being somewhat deliberately irritating to throw off his arresting officers or business partners. This tactic does not always work, however, and though it is admittedly rare, he has taken high-risk situations seriously - "brave" is not generally a word that is used to describe him. Regardless, his frustrating use of language, exaggeration, and omission to get what he wants overshadows the fact that, while he is a common criminal, Kallo is totally truthful - about everything - often to the surprise of all around him. He believes honesty to be the best policy despite his rather illegal escapades.

Even more infuriating, Kallo uses the legal systems around him to his benefit and is incredibly difficult to catch and keep in one place - quite slippery and a master of escapes. He is not heartless, exhibiting a generosity some would consider out of character, but there are limits to this. He ultimately values himself above all, and if he believes cutting others loose is the best way to save himself, he will do just that.