The USS Astraeus, a refitted Galaxy class starship, is in the midst of a shakedown cruise after a bow-to-stern refit that saw almost every system on the vessel updated to 2390s standards. Under the command of Commander Victor Yeager, the Astraeus has only a skeleton crew on board and is well over the mass limit to enter the Shoals - and yet, Commander Yeager has made the decision to bring her into the Shoals anyway, to both test out her new engines and perhaps get himself a commendation or two.

Unfortunately for him, things do not go as planned, and the Astraeus loses her ability to create a stable warp field shortly after entering the Shoals, rendering her vulnerable and in need of assistance. The Veritas, under the command of acting captain Lt. Cmdr. Mei'konda, will rush to assist, but they won't be the only ones. After all, a Galaxy class starship is filled to the brim with valuable technology, and the Shoals sometimes feel as though they're filled to the brim with pirates! 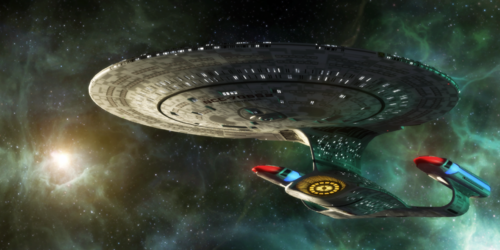 With Captain Roshanara Rahman off the ship on an engineering mission, Lieutenant Commander Mei'konda had assumed command as acting Captain, and for some time, the Veritas' patrol through the Shoals was uneventful - until the reception of a distress call from the USS Astraeus, a Galaxy class starship under the leadership of Commander Victor Yeager. Commander Yeager intended to prove his command ability by bringing the Astraeus, a ship much too massive for the Shoals' travel restrictions, through this dangerous space to demonstrate that it could be done. However, it soon became apparent that the vessel's warp field would not hold up under the strong tetryon radiation of the region, and she soon lost the ability to travel at warp in the area.

The Veritas raced to support the Astraeus, and while en route, the Astraeus came under attack by several dozen pirate vessels, under the overall command of Jilor, a Klingon terrorist who had attacked Antor II some months earlier. The two ships worked together to fight off this initial attack, but not before the pirates heavily damaged and boarded the Astraeus. Acting Captain Mei'konda dispatched engineering, tactical, and medical teams to assist.

With Jilor's forces utilizing jury rigged cloaking devices to retreat and regroup from the two powerful starships, the crew of the Astraeus and assisting teams from the Veritas, led by Commander Kelrod and Lieutenant Commander Lael Rosek, fought to prevent the theft of equipment and supplies by the pirates. Showing no regard for the lives of the Starfleet officers on board the Astraeus, the pirates killed rather than stunned anyone who got in their way, resulting in heavy casualties among the Astraeus already skeleton crew. 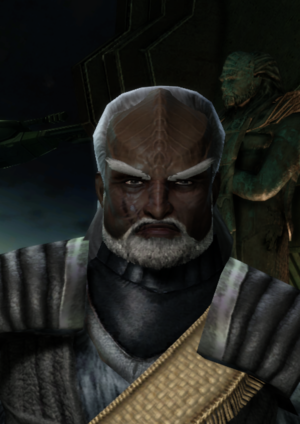 With the help of the Veritas teams, the pirates on board the Astraeus called for a retreat, and their cloaked vessels began to move back in toward the stricken Galaxy class starship to beam them away. Meanwhile, an expert technician who had boarded the Astraeus along with the other raiders managed to retrieve the prefix codes for the Veritas from the ship's computers, and transmitted them to Jilor before she and her team leader were beamed back out. With the ability to lower the Veritas' shields, the pirates prepared to strike.

With most of the boarding teams aboard the Astraeus neutralized by Starfleet security and search-and-rescue personnel, those who could escape beamed away - though not before setting a complicated Ultritium bomb on the Astraeus' warp core. As they retrieved their boarding parties, Jilor's vessels decloaked, transmitted the prefix codes to lower the Veritas' shields, and began their attack.

Pounded hard with her shields down, the Veritas crew had to rely on their skills and the ship's ablative armor in order to survive until they could discover that it was indeed the codes that had caused the shield collapse, reset the codes, and raise them again. Jilor's forces had been counting on being able to destroy the Veritas before that happened for success, but when it didn't - largely in part due to a high-risk warp jump based on the Picard maneuver, and devised by Lieutenant Commander Evan Delano, allowed the Astraeus and Veritas to focus their fire on Jilor's flagship, disabling it.

On board the Astraeus, Lael Rosek's engineering teams and Kelrod's SAR personnel found that they couldn't completely disable the Ultritium explosives on the warp core, but they were able to find a way to contain and lessen its explosion to a simple concussive blast that caused little in the way of equipment damage or personnel injuries. With the battle won, the Astraeus' science and engineering departments worked to find a solution to the problem of the Astraeus being stuck in the Shoals and unable to form a warp field.

This was eventually solved through a combination of ingenious plans devised by Commander Luna Walker and her engineering crews, along with the Veritas' science departments. The Astraeus separated her saucer, and both the Astraeus stardrive section and the Veritas used their deflector dishes to form a subspace bubble around the saucer, reducing its mass to a manageable level. Then, using synchronized warp fields, the two ships towed the saucer out of the Shoals.

Damaged and hosting exhausted crews, both starships then made for Star Station Esperance for rest, relaxation, and extensive repairs.