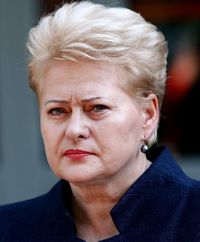 Carolyn Blackhurst is the current governor of the Federation colony Antor II, the capitol of the Colonial Coalition.

A 66-year-old human, Blackhurst was originally elected in mid-2392 on a populist platform built around revitalizing Antor II's flagging economy, Governor Blackhurst's administration has been largely defined by the prolonged series of quakes that severely damaged the planet's city domes. After a year of non-stop crisis and a situation that seems to continually grow worse, the people have lost faith, and Blackhurst's is now deeply unpopular. Before taking office, she spent several terms in the Antor II Colonial Senate where she became famous for spearheading a corruption investigation against a coalition of casino owners in the late 2380s.

Blackhurst is played by Cameron, the writer for Evan Delano.