The USS John Paul Jones is a Steamrunner class starship assigned to routine patrol of the Borderlands. The John Paul Jones was commissioned as an experimental testbed. The Weapons Platform was uprated with extra phaser banks along with an extra torpedo tube. The Warp Core is the newest of Low Spectrum High Output Matter/Anti Matter Drive. With the new Warp Core the John Paul Jones can travel at a faster warp speed and not damage space.

The John Paul Jones is also the host of the newest in Science and research labs. Along with a Weapons Research and Development Center at the heart on the ship.

The Crew have affectionately nicked names the ship JPJ. 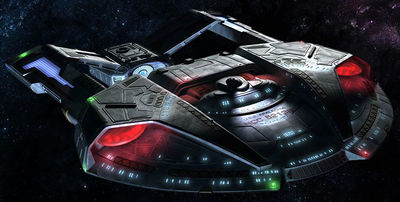