From 118Wiki
(Redirected from Tiger)
Jump to navigation Jump to search

The USS Tiger was reassigned from patrol duty near Earth to Starbase 118 on stardate 237808.31. One of only a few Steamrunner Class ships, the ship was to undergo an experimental overhaul to investigate the feasibility of updating the class and launching a new subclass of Search & Rescue ships. After a six-month tour of testing and design, the Tiger was commissioned for refit by Admiral Wolf. Once completed, it became the prototype for the new Steamrunner-Wolverine class vessel, and now serves in the expected S.A.R. capacity for StarBase 118.

The Steamrunner class, although normally being categorised as frigates, join the Defiant class ships as being amongst Starfleet's most powerful military vessels. At Wolf 359, the USS Steamrunner (which was still not fully built, and was operating at around 40% efficiency) showed its might against the Borg, scratching up several important hits. The success of the vessel so impressed Starfleet Command, that they immediately drew up plans to build three more Steamrunner class ships: the Tiger, the Horatio and the Yamato.

When not on a specific assignment, the Tiger usually patrols sector 118 and neighboring areas. The ship normally does not have one particular commander, but is instead assigned rotating senior staff from amongst the personnel of Starbase 118, on a monthly or bi-monthly basis. In times of need, the Tiger is reassigned a semi-permanent command staff for specific missions. The Tiger was under such an assignment, with Captain Sidney Riley as her CO.

The USS Tiger was last reassigned to become the primary support vessel for Starbase 118 Ops, and her crew was reassigned to serve at the station. She was later decommissioned, and a new Prometheus class vessel, the USS Tiger-A was launched in 2388 to replace the late USS Independence-A. 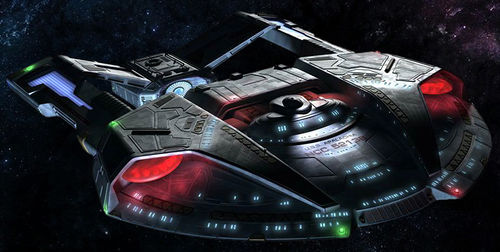