Arys is the younger one of Tuomas’ and Sileah’s two children and grew up in the northern part of Europe. Due to her grandfather's occupation as a diplomat, and the fact that Arys traveled with him, she spent her childhood and early teenage years exposed to different species and cultures, rejecting her Bajoran heritage.

Her mother, a former member of the Bajoran Resistance, did not approve. She all but forced the participation in prayer and Bajoran holidays - something Arys hated passionately. After the end of the Dominion War, Sileah insisted on moving her family to Bajor in order to familiarize her children more with the Bajoran culture. While Aaron quickly made new friends and would later say that he felt ‘complete’ when exploring his people’s history and faith, Arys felt caged and unhappy.

When her mother and father split, Arys returned to Earth with her father, finished College, and studied medicine. Arys worked as a doctor under her fathers' tutorage, specializing in obstetrics, gynecology, and prenatal surgery. She was by no means the best in her field but benefitted a lot from her father’s name and reputation.

Encouraged by her grandfather, Arys eventually decided to apply to Starfleet Academy, which she concluded after six years with a Major in Counselling and the necessary medical qualifications.

Arys preferably spends her free time on a holodeck or reading her grandfather's old personal logs. She has a passion for Cardassian art and literature and an addiction to both Coffee and Gelat.

Arys is not in regular contact with most of her family, and only recently discovered the existence of her Cardassian half-Brother, who she hopes to be able to locate. 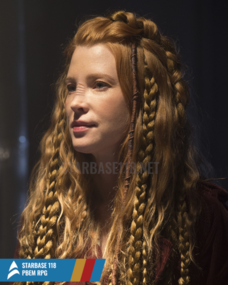 Follow the Prophets, my daughter. They cannot lead you astray.

Foxuwea grew up on Bajor, and to this day prides herself in having been part of the Bajoran Resistance during the last decades of the Cardassian occupation. After sustaining a severe injury only a few years before Cardassia's official withdrawal from Bajor, she was forced to flee in order to seek medical treatment. She met Doctor Tuomas Ihalainen, who had decided to dedicate a portion of his time and skills to help the Bajorans in the various refugee camps. The young woman knew that she had a certain reputation attached to her name, and changed it to Trovek Sileah.

When Sileah got married to Tuomas she insisted that he took her name, and treasured her traditions even when they decided to settle down on Earth rather than returning to Bajor. A year later, Sileah gave birth to their son Aaron. When Arys was born two years later, Sileah suffered from postpartum depression and was unwilling to take care of her daughter for the first decade of her life.

The older her children grew, the more desperate Sileah was to raise them as Bajoran as possible - an effort Aaron appreciated a lot more than Arys did. Not having learned how to resolve conflict by other means than force, Sileah eventually decided to move the family to Bajor. That this uprooted her husband's career did not matter to her, and the move to Bajor marked the beginning of the end of their relationship. When Tuomas and Sileah split, Sileah and Aaron remained on Bajor.

Sileah is co-leading a Bajoran sect with her son Aaron, and is known to enforce full devotion from their followers. While the Bajoran government has not a stop to the activities of the sect, they are certainly being watched closely.

Bad things happen, but you have to move past it. Leave it behind. The sooner, the better.

Tuomas lost his mother early in his life and spent his youth traveling with his father, a diplomat. Once he decided to join Starfleet, his career was nothing less than stellar and exemplary - he studied medicine, graduated top of his class, and served on different vessels for several years before agreeing to a temporary placement in one of the refugee camps. It was there that he met Trovek Sileah, and fell in love with her almost instantly. He managed to persuade her to move to his home in Finland with him, where the young couple enjoyed the support of Tuomas' father, who had settled down by that time. When Sileah was pregnant with Aaron, Tuomas found himself particularly stressed by even minor complications and potential genetic incompatibilities. Because of that, he decided to specialize in genetics and began his career dedicated to helping couples of two or more different species to conceive healthy children.

When Sileah demanded that they move to Bajor, he closed his practice and agreed. While on Bajor he continued his work, researching Bajoran and Cardassian genetics in particular. When he and Sileah decided to split, Arys begged her father to take her with him. He agreed eventually and they returned to Earth.

Tuomas was more than delighted to tutor his daughter as she began studying medicine, even if her chosen field surprised him. After working in the same medical facility for a few years, Arys informed him of her wish to join Starfleet. After Arys graduated from Starfleet Academy, Tuomas' father got sick. It was then that Sileah asked Tuomas for help with the retrieval of certain incriminating documents, and in return promised her ex-husband a home with her, Aaron, and his grandchildren on Bajor.

Currently, Tuomas's whereabouts are not known, but he is assumed to be on Bajor. Arys is no longer in contact with him. 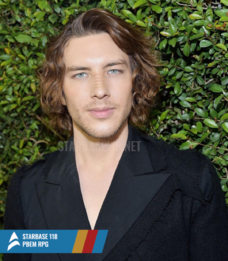 Doubt your doubts before you doubt your faith.

Aaron is Arys' older brother. Due to sickness, he is not able to remember much of his early childhood. What he does remember is his mother praying to the prophets during this time, and he often joined her. Aaron developed an early love for the Bajoran culture and religion, and when his family moved to Bajor he took to the new environment like a fish to water. Instead of education after College, he dedicated his time to philosophy and theology, and new interpretations of ancient scrolls. He joined the Ohalavaru until his own following grew and he split from them, maintaining his own religious sect ever since.

Aaron rarely speaks to his sister, even if he believes it to be her destiny to return to Bajor as part of the same prophecy that he believes has given him the status of a religious leader.

Never go into politics of any kind. It's like a pit of vipers.

In his younger years, Leevi was focused on his career as a diplomat, and when his wife passed away, he regarded it as an annoyance to have to take his young son Tuomas with him on his journeys. Never having been able to establish a good relationship with his son was something he regretted. When Arys was born and her mother did not want to take care of her, he saw a chance to make up for his failings and raised her.

Leevi never trusted Sileah. When she and Tuomas got married, he used his connections to retrieve a file on Sileah that detailed not only her true name, but the existence of Taril Zantett, Sileah's half Cardassian son. Against his better judgment, Tuomas agreed to keep this to himself but left the incriminating documents in a crate which Arys would inherit after his death.

During the Occupation, Sileah served as a comfort woman to Ciron Zantett, one of the Cardassian officials at Terok Nor. When Sileah found out that she was pregnant, Ciron promised her that he would make sure that the child had a good life. Sileah however, cared little about that - she killed Ciron and fled. When she gave birth to Taril ten months later, she left him to die of exposure. Taril was found and adopted by Zantett's widow, Aski Zantett, despite the implications this had for her reputation. He grew up on Cardassia Prime until his mother was killed when the Jem'Hadar destroyed Lakarian City. He himself survived the War and later moved to Ithic II, where he married Ria Karint.

In 2398, Taril and Ria were both killed in an accident, leaving behind their daughter.

Tito started out as a patient and was Arys' roommate aboard the Juneau before following her to Starbase 118 after her transfer. He regards her as a younger sister - with all the duties and privileges that brings - and she, depending on her mood, regards him as either a Stalker or a Friend.

Arys met Lukin while waiting for her assignment. When the two began talking, they never really stopped and remained in frequent contact with each other. She enjoys their conversations and bickering and refers to him as 'her person'.

When Sheila was a Cadet and Arys working in her father's clinic, Sheila was Arys' intern. Despite their age difference, the two quickly became friends and shared their secrets with each other. After Sheila graduated, the two didn't manage to stay in touch, and only met again when Arys transferred to Starbase 118.