We're in a friendly place. Really. What could go wrong?

In order to serve as both an opportunity for the crew to relax, and a diversion from Starbase 118’s endeavours to recover the missing crewmen of the USS Mellie, the Narendra escorts the SS Belladonna to Bajor, which is celebrating the 11th anniversary of Bajor joining the Federation. 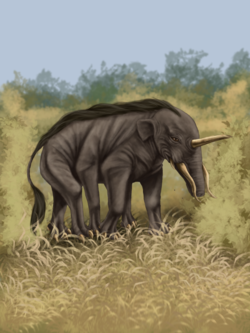 Three days later, the crew reunites at a Gala held in Akoram Memorial Hall. Doctor Ivin Zumagi approaches Lt. Cmdr. DeVeau. The aged Bajoran is working with a species of animals referred to as Pachitrod whose horns contain a substance that heals a recently discovered mutation of Craat's disease. During the Gala, he receives news that the animals are being poached, and DeVeau offers to help.

Trovek and Zorkal are unexpectantly invited to Doctor Vorrin Eera and Ambassador Eera Lelri’s table, but get into an argument once the impromptu meeting is over. Zorkal then joins Bianchi and Bailey, while Trovek spends the rest of the evening with Doctor Zumagi and Blackwell, who finds a marble in her glass of wine and wins a price.

Sherlock tricks Ensign Sutter into giving a speech - a gesture appreciated by some, but not by others.

Commodore Taybrim, Sil-conn and Noxwyn are approached by Colonel Nara Haku, Chief Intelligence Officer of the Bajoran militia, who wishes to discuss the Orion Syndicate.

Foster opts to not attend the Gala and converses with Emlott in the lobby of the hotel.

The next day, Lt. Cmdr DeVeau calls part of the Narendra's crew into a briefing, where she explains the circumstances surrounding Craat's disease and the Pachitrod, and that she has offered Starfleet's help in the matter. She divides the crew into four teams.

After getting clothes and equipment from an individual by the name of Varco Bailal, Noxwyn, Sherlock and Ferri make their way towards the forest where they eventually manage to connect with and join the group of poachers. The head poacher, Umadi, agrees to work with them and together they make their way to their hunting grounds.

Ambassador Zorkal decides to take the lead and sets up an appointment with a government official. He and Taybrim take a meeting with Idan Vett, Minister of Conservation, and try to understand why the animals are not protected.

After discussing how best to approach their task to protect the herd of Pachitrods, Foster, Tito and Sill-con set out to their target location via the shuttle Sejin.

Bailey, Renot and Blackwell decide on civvies and a cover story. Once they arrive at the black market they seek out a shady looking bar, and are promptly noticed by Vissan T'Shreth, Purveyor of Strange Things.

Doctor Trovek decides to conduct the research into synthesizing the cure on the Narendra. When the data transfer from Zumagi's lab breaks down, Lt. Vargas is asked to determine where the corruption took place. The group discovers that the horns contain B-Cells that are responsible for curing the disease. While the computer breaks down the horn into its components, the group takes a break.

Lt. Vargas is researching the data corruption and joined by Lt. JG Sera a new transfer from Denali Station. They discuss her findings and decide to go planetside to investigate further.

Sherlock's away team reaches the hunting grounds, and under the suspicious gaze of the poachers, they join the slaughter of the pachitrods and assist in shaving off their horns. As they return to the poacher's camp, Umadi is handed a PADD with bad news. She curses, and complains that "Idan is a fool" and that they now have the Cardassians and Starfleet after them. The situation escalates as an annoyed Umadi gives the order to kill the away team. Sherlock's quick reaction kills the man sent to execute them, and she and Ferri flee into the forest.

Foster's shuttle is attacked by an unknown energy and forced to crash-land. Polarizing the hull just about saves them from the stampeding pachitrods and they call for help. The call is picked up by Doctor Trovek who makes her way to the crash-site - despite having her daughter Geleth with her.

Vissan T'Shreth agrees to take Blackwell's group to a private room where she expects to be told what exactly it is the group is looking for, and grows frustrated when Bailey and Renot beat around the bush.

Taybrim and Zorkal end their meeting with Idan Vett, having promised him support. They still believe that something is up, and Zorkal sends a group of his men to extract Sherlock's away team. As they are contacted by Doctor Trovek who explains the situation with the crashed shuttle, Taybrim promises his help.

Sherlock and Emlott manage to kill most of the poachers in pursuit, but get ambushed by a female named Sarkona. Before the woman can pull the trigger, she is killed by Jeven Tajet - a Cardassian in his early thirties. He explains that Zorkal sent him and his colleagues to bring Ferri back safely, and offer to bring Sherlock back to the Narendra. After a short argument, Sherlock agrees. Tajet and Emlott stay behind to 'clean up'.

Vargas and Sera are in Doctor Zumagi's lab when the computer locks the doors and starts a decontamination sequence. The two Engineers are forced to hide in a storage unit. As they step outside, they find themselves face to face with the Bajoran militia who promptly arrest them and bring them to a detainment facility for questioning. Luckily, Sherlock and Aristren come to their aid and free them.

Foster's team seeks cover by hiding the shuttle underneath several trees. Ensign Sill-con leaves the shuttle to showcase his Brikarian strength and is promptly attacked by Azumingas - a venomous species of reptile-like creatures native to Bajor's forests. In the meanwhile, Trovek and Zel notice an artificially created stormcloud, and Zel suggests that an enemy vessel could easily hide within. Trovek decides to open comms and makes a connection with the hidden vessel and finding some kind of agreement to let them rescue their friends in return for not investigating the vessel further. That, however, fails quickly as the unknown vessel decides to take potshots at the shuttle, and Trovek decides to fire a warning shot in response. The lucky shot removes the ships cloak and reveals an Orion Marauder which promptly gives chase. Luckily to Narendra arrives just on time and takes care of the matter.

DeVeau's team finds a potential cure to Craat's Disease and travels to Bajor to test it on volunteers in one of the hospitals. Doctor Ekyehl, a 'colleague' of Doctor Zumagi, doesn't want to allow them entrance, but eventually gives in.

Colonel Nara Haku and Ambassade Lukin Zorkal make their way to Idan Vett to confront him. After they let him know that they have witnesses, the Bajoran attempts to attack Lukin, only to be detained. Nara agrees to take care of the matter, and Lukin returns to the Narendra to report to Taybrim.