Caedan Nkai is a Rodulan engineer currently serving aboard the USS Gorkon as a Mission Specialist.

Still fairly young for a Rodulan and yet decades older than most of his peers, Caedan has a quick smile and easy-going demeanour. In the human-dominated Starfleet he doesn't stand out in either height or build, while his hobby of hauling himself up tall objects under his own power has developed a respectable muscle mass as well as callouses on his hands. He keeps his hair relatively short, starting out neat and styled in the morning and often a mess by the evening, courtesy of his habit of running his hands through it when thinking or anxious. 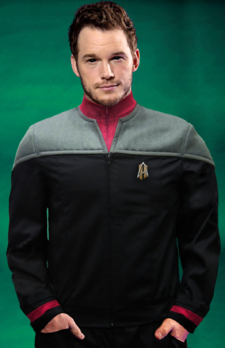 Caedan is a gentle, caring, complex and highly intuitive individual who lives in a world of hidden meanings and possibilities. He generally strives to do what's right, is troubled by injustice and cares more about altruism than personal gain. It's not unusual to find he's attached himself to a cause—from helping an overlooked officer fulfil their potential to far grander movements such as the liberation of his homeworld.

He can speak with great passion and conviction, especially when standing up for his ideals, but at other times he can be softly-spoken and understanding, preferring to play peacekeeper instead of challenging others. Whatever his approach, he is concerned for people's feelings, and tries to be gentle to avoid hurting anyone.

He values order and systems in his everyday life, and will put a lot of energy into identifying and implementing the best way to get things done, constantly assessing and adjusting his priorities. Conversely, he operates his internal world on an almost entirely intuitive basis—he often knows things without being able to pinpoint why, or without detailed knowledge of the subject at hand.

He is sensitive to conflict and often does not tolerate it very well, and charged situations can incite him into agitation or even anger. Rarely is he at complete peace with himself, often feeling there's something he should be doing to improve himself or the lives of the people around him. This relentless need to make things better can mean he doesn't pause to take care of himself, and sometimes needs a friend or concerned colleague to push him into taking some time to decompress, recharge and process his thoughts and feelings. 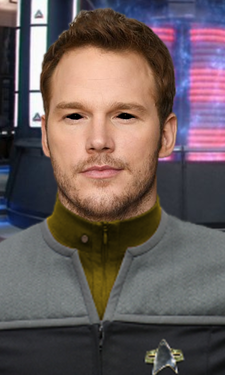 An engineer aboard the USS Selaya.