Taelon is an El-Aurian currently serving as a newly-reinstated science officer aboard Starbase 118. He specializes in Exotechnology, with a focus in robotics and cybernetics. He was originally a Lt. Commander aboard Starbase 118 Ops and once served as the station's Chief of Science. He is the son of Jakarn and Azera, and is the father of Cyri. He is technically now in his 60s while being chronologically in his 30s, due to being sent back in time.

Taelon is extremely tall, the first thing most notice about him - he stands at 6’8, and with not being fully grown yet, there’s the possibility he might grow even taller. His features are generally equine, with an elegantly tapered nose and sharp features. His lips are full and his eyes are large and bright blue, his skin dark with a reddish cast. A line of freckles traces over his nose and cheeks. His build is slim but muscular, the general build of a runner or swimmer.

He looks young, despite his age - because, for his species, he is. Taelon is technically not fully grown, currently in his late adolescent phase and on the cusp of full adulthood. It shows in his slightly more childlike features and mannerisms. He doesn’t dress well, and usually wears his uniform even when off duty. While his personal clothing is generally passable, most of it is tattered and old, and he’s yet to get around to buying new ones. He wears plenty of jewelry, most noticeably his nose bridge piercings.

Taelon also bears a tattoo on his forearm. It started simply when he joined the Academy; he’s enhanced it since joining (and leaving...and rejoining) Starfleet, as is traditional for his culture.

Taelon’s anxious nature is betrayed by his body - he fidgets and rarely sits still, constantly twisting his fingers together, swinging his legs, or tugging at his sleeves. He chews his lip often enough to have sores on the inside of it.

He tends to bug his eyes out when surprised - and given how large his eyes are, this tends to make him look a bit like a surprised deer. When nervous he develops a bit of a stutter.

Taelon most notably tries constantly to make himself seem smaller, holding his arms close to his body and slumping his shoulders. He rarely stands fully straight, and tends to try to stand behind other people, especially when nervous.

On the positive side, Taelon is intelligent, dedicated to his work, and very adaptable - he’s a mutable sort who tends to mold himself to fit whomever he happens to be with. He’s eager to learn new things and tell others about them, and has a core of considerable energy that he pours into his work and personal life. He has a good (if somewhat dark) sense of humor and a warm regard for the universe as a whole.

He cares deeply for others, often putting them and their needs far, far ahead of his own. He finds it hard to leave issues unresolved, and places great importance on the happiness of others. He does tend to think the best of people and is very open and agreeable.

To others, he tends to come across as shy, inexperienced, and a bit unsure of himself, but nothing more than that.

The reality - and the negative side - is that Taelon has a nearly cripplingly low sense of self-esteem. He views himself as only as good as his contributions are; he assumes, at a core level, that he needs to provide something useful before he’ll get the time of day. He has a deep need to be around others, but struggles to form meaningful relationships due to a mix of anxiety and not understanding what others expect of him.

He assumes the worst of himself and of his social interactions. He sees even minor mistakes as disasters and struggles to overcome them, and in a new situation like his recent deployment tends to assume even the slightest failure will ruin any chance he has of being thought well of. Even assuring words don’t help, as he tends to see his fears as fact - any assurance is just others being polite and not wanting to put him on the spot, but they must all think he’s useless. He doesn’t recognise his anxieties as something treatable, but rather as a personal flaw he should hide. Being naive and more or less desperate for affection, he’s quite easily manipulated - quick to trust and cling to anyone who appears to notice he exists and quick to rationalize away nearly any action they take. He might even take such actions as a lesson about how the universe works.

Somewhere under his layers of self-defeating depression is a warm, caring person who wants to make the galaxy a better place. Taelon has the capability to be brave and self-sufficient, but hasn’t had the courage to learn that about himself yet.

See Relationships
Overall, Taelon tends to isolate himself and watch others from afar, respecting their abilities but not really engaging them for fear of rejection and annoying them. This means that while he has many people he's fond of, he's not friends with many - and even those he befriends can find him difficult, as he withdraws easily. 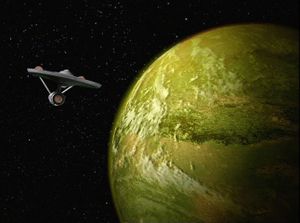 Taelon was born in 2358 on the colony of Cestus III. Born into a strict Eccia bloodline, the environment he grew up in was a mired one - the once strict culture his family had come from shattered by the fall of El-Auria, they all dealt with the new world in different ways. For his mother, her choice was isolation and obsessive study and research. For his father, it was travel and writing.

Taelon grew up isolated with his mother; he didn’t meet his father, Jakarn, until he was 14 years old. While he received his basic education at the school in the relatively nearby colony, his mother taught him the majority of the skills he knows now, and as he grew up he assisted her in her research.

The area of Cestus they lived in was remote and unpopulated - a barren, arid red desert. His mother had perched her home on the edge and side of a steep canyon, carefully hidden from the outside world. When she’d first arrived, the Gorn had just destroyed the first Federation colony and raiding parties still crawled the planet. By the time Taelon was born, the biggest concern was some of the nastier wildlife. His mother kept the perimeter turrets online regardless. 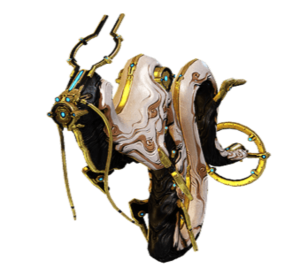 Azera was often away for long periods of time, leaving the boy to tend the home by himself. These periods of true isolation were when Taelon picked up his tendency towards self-reliance...as well as his hobby of learning bizarre little skills.

Left to his own ends, he discovered and became enamored of Starfleet, taking their messages and philosophy thoroughly to heart. His mother didn’t think much of them, nor did she support his desire to join them.

While their relationship had always been somewhat tense, as Taelon grew into his early 20s, he and his mother began to struggle to see eye to eye. Deprived of the regular social outlet of school and still frequently left behind, they spent the next decade arguing with increasing intensity, until in 2388 an argument turned violent.

Taelon left that night, taking what few personal possessions he had and trading some of them for a lift off-planet. He spent two months travelling to Earth, hopping from ship to ship to get there.

Taelon managed to take the entry exam to Starfleet Academy after arriving on Earth, and while he didn’t pass with flying colors, he was admitted to the facility in San Francisco. He enrolled as a student of the Arts & Sciences division, studying cybernetics, nanotech and robotics - the same skills learned under his mother’s 30-year tutelage.

Still thrown off by his departure from the only home he’d ever known, and overwhelmed by the sheer number of people, he struggled to adjust and make friends. In the end he spent most of the years there working by himself, wrapped up intensely in projects and research.

He graduated from the Academy in 2393 with several accolades in his classwork, which he’s proud of. While most might not consider his time at the Academy ideal, he thinks of it fondly and often misses it, especially when things on the Starbase aren’t going well.

After graduation and his cadet cruise, Taelon was assigned to the Operations of Starbase 118. It wasn’t the sort of assignment he expected to get, and the crew isn’t what he’d expected either - what with the Gorn, a gaggle of Risians, and the sheer flood of Betazoids.

Since arriving he’s found himself tangled up in a holodeck malfunction that involved musical numbers (no, the Academy did not train him on the proper procedure for those), the discovery of hidden decks and a slavery ring, and most recently been part of a crew kidnapped while escorting the famous diva Lady Shadonna, where members of the team were shot, burnt, tortured, electrocuted, hit with shrapnel, and repeatedly cornered and out gunned in fire fights. In short, it’s been a busy last few months.

Taelon was promoted to the base's Chief of Science on 239311.03, alongside his promotion to Lieutenant and after the Dig Two Graves mission. It remains to be seen if he'll be effective in the role.

During the mission “Shadows of the Past", Taelon was in charge of creating a time portal device to help save the senior staff who had been displaced in time. He succeeded in opening a portal to the past, but it required that someone stay behind to operate it before heading through. Taelon stayed behind, intended to go through the portal last, but he was thwarted - the shuttle he and the device were on was drifting near the exploded past Starbase, and the evacuating ships beamed him out before the station exploded and destroyed the shuttle.

He was beamed away from his ticket home, and thus became trapped some 25 years in the past. He had to spend most of these years in hiding, and chose to do so in Klingon space - leading to him eventually joining up with a Klingon Huntress named Kaskis Ril and her team of bounty hunters, working with them and supplying them with his tech. He even had a daughter with Kaskis - accidently.

He was found by the Starbase crew when they visited Kaskis's cousin, Counselor Dempok, and he and his daughter, Cyri, were taken back to the Starbase.

Once back with Starfleet, he was quickly shipped to Earth to be debriefed and retrained, and was set before the Department of Temporal Investigations. There his actions were being scrutinized in extreme detail, and he was placed on trial in front of Starfleet Intelligence for breaking temporal codes and the murder of Federation undercover agents. He was broken from this trial by Sal Taybrim and taken back to Starbase 118, his name cleared, and after assisting as a civilian for some time, his membership in Starfleet was reinstated.

Received accolades for his coursework in Cybernetics, Nanotechnology and Borg Alphanumeric Code.
Taelon’s overall academic performance was typical. Notably, he failed and had to retake some courses, including his Klingon linguistic courses and Stellar Cartography. His performance in his robotics and exotech courses gained him note for being capable of adapting and working with little-known technology and computer systems.