Dr. Aigle Phos, is a Laudean physicist who is currently a Science Reasercher aboard the USS Doyle-A, and has served formerly on board the USS Discovery-C, USS Darwin-A, USS Excalibur-A as a Science Officer and the Assistant Chief of Science on the USS Constitution-B. She holds the rank of Lt. Commander in Starfleet, however she generally prefers to be referred to informally by her first name or formally as Dr. Phos.

Unless she knows that others will be reading her work, Aigle will generally write in her native Laudean. This particularly hold true with calculations, were she will generally not only use Laudean numbers, but also notation and Naming Convention. The exception to this is with equations and mathematics she had only become familiar with since leaving Til'ahn, although even then she will sometimes just adopt the naming conventions for constants while adapting the rest into more familiar notation.

When possible, Aigle will also set LCARS to present it's User Interface to her in Laudean, although nearly all data displayed is in Standard due to a lack of translations.

Having lived with it from quite a young age, Aigle can hardly imagine a universe not full of the explosion of colour she sees. Broadly, she sees each kind of wave as having its own distinct colour, which gradually fades to black as it approaches its property border. Below is a version of the electromagnetic spectrum augmented with the colours she sees.

It should be noted that she can still tell the difference between a wave, for example, the difference between a wave on the black border between UV and X-Rays, due to the fact that she is still interpreting this through her fielding. Her brain is mealy sub-consciously presenting this as a range of colours. This does have the effect of making everything (at least in her eyes) seems far more beautiful. For instance, even a simple action like turning on a kettle causes of a array of colours, from the wires turning yellow and affecting their surroundings, to the kettle turning it and its surrounding red from the heat it is giving off. 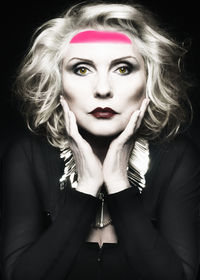 Aigle was born in 2351 to a wealthy, aristocratic family with links to the Fielding League. As a result she was encouraged to develop her fielding skill from a very young age. It was only a slight surprise for her family that she turned out to be a very skilled fielder, however what they had not anticipated is that she had also developed Synaesthesia. Basically she perceives energy fields as varying colours, cosponsoring to their frequency. Perhaps as a result she had always loved the work of (what we would call) the Surrealists and Impressionists, as many show a world with nearly as many colours as her own.

She was a happy child and grew into a happy adult, if a little bookish - a fact that was probably compounded by her near isolation on the Family's estate in Demo, Demodara. She was particularly skilled in the sciences and in particular Physics. She was especially skilled at working with wave theory due to her intimate knowledge of the properties of waves. By 2373, she had enrolled in Lokesh University, studying Theoretical Physics. During the second year of her Master's degree, the Great Revolution of Til'ahn started to gain force. As a relatively minor family the Phos's were mostly untouched, although they did lose their status and a great deal of their wealth. Several members also fled to Betazed, were they still reside. During this time she also split away from her family. She was (and still is) an ardent socialist, while the majority of her family were committed monarchists.

By the end of the Romulan occupation in 2388, Aigle had found that her previous home had somewhat lost its charm. While she was confident the new democratic government would eventually restore it, she wanted to explore the universe. Seeing her chance in joining Starfleet she packed her bags and applied. Thanks to her Doctorate of Physics she was able to skip much of the science modules in the course, focusing instead on the Starfleet exclusive aspects.

Note: Due to the limits of 21st century floor planning technology, placeholders are used in the stead of 24th century objects.

Aigle's relationship with her family is, at best, rocky. In all honesty, it is almost completely non-existent beyond limited contact from her brother and the occasional gently chiding message from her Aunt Beatrix. By this point, Aigle would probably be quite open to reconciliation - provided her Father made the first move.

Aigle is generally able to form friendships easily, and is very eager to meet new people particularly those from far off or interesting places - which to her is most places outside of Til'ahn. Generally Aigle likes to think that she is pretty easy-going and hopefully fun to be around. On the romantic side however, Aigle has had little success. Due to her status it was competitively difficult to form any early adolescent relationships, however she did have several during her time in Lokesh University. None were particularly serious however and even the longest lasted less than six months.

This Discovery was Aigle's first posting out of the Academy. Her time on board was only short, however it was certainly memorable! Upon arriving, she was informed that the Discovery had been lost with all hands so she set out to plan a memorial service with Lt. Commander Tyriden th'Dani. Fortunately, it turned out that the announcement of the Discovery's loss was premature and she soon turned up to Deep Space 285. Aigle then had limited involvement in the Discovery Crews's next mission, tracking down the stolen Constitution by former Captain Nekkar and Fleet Captain Xan Hebron using the experimental Odyssey-Class USS Odyssey, due to her sudden transfer to the USS Darwin-A.

The Darwin was the first ship Aigle really felt at home on. As a science ship, and one of the most advanced ones in the fleet, Aigle still regards it as the benchmark to test all of her future labs against. During her time there she proudly boasts such accomplishments as finding a way to render Trilitium, specifically that found in the atmosphere of the planet Talvath, inert in co-operation with then Ensign Sal Taybrim and Veradis Fai; to her study of the geological history of the planet Asav which brought up an interesting possibility about the planets past. More importantly, it was here that she began to form several notable friendships, including those with Greir Reinard, Chen, Udas, and James.

After the decommissioning of the Darwin in mid-2391, Aigle was transferred to the Excalibur with several of her Darwin crewmates. Alas, her time here was short with the vessel being decommissioned a few months later after the ship sustained heavy damage and her Captain fell into a coma.

If the Darwin can be considered her first home in Starfleet, the Constitution was her second. It was here that she received her first promotion and, due in part to her position as the Assistant Chief of Science, really began to gel with her wider department as a whole. She was with the Constitution until the crew was transferred over to the Doyle is early 2392 and oddly enough, during that time never realised that this was actually the ship she had chased as an Ensign back on the Discovery...

Aigle missed the first mission and transfer over to this new ship due to a brief LoA to attend a conference, however that so far hasn't seemed to stop her integrating into the ship. Here she received her second and third promotions, bringing her to Lt. Commander, and actually received the chiefship of her department. This is also the first ship Aigle has been on that she feels could rival the Darwin in terms of its facilities, something she is rather happy about indeed.