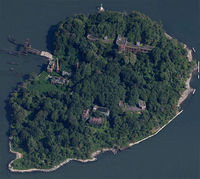 The Island is the Transportation into the Commercial sector drops down from the center of the Dome and all the way to Central Island in center on 118 Bay, the Island is home to the Commercial Sector City Hall, Mayors House and Operations Center. There are also a Second Office for the Stations Commanding Officer, First Officer and Second Officer along with a briefing room and an Emergency Operations Center, for Command and Control of the Station if the Hub for any reason goes offline or is taken over by hostile forces. One top of the hidden Operations EOC there is an elegant Old World Grand Ballroom on the island that can be used for formal dress events.

Seeing how the island is the main transportation into the dome there is also a security check point center, maned by both Star Fleet Security and Federations Marshals with the Commercial Sector Police Force. VIP's may chose to exit onto the island and take a water transport to one of the main cities, but that is only for VIP's and the High Ranking Star Fleet Officers, all others will go to the underground Transport systems to the the cities. 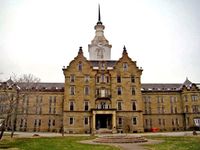 City Hall is located out side the four main sectors and is on the center island. City Hall is 6 above ground stores and 4 below ground. The Mayor of the Commercial Sector is elected every 4 years and can serve a total of 4 terms. All candidates for Mayor must submit there names to the Station Commanding Officer and once approved there added to the ballet.

The Mayors Officer is on the 5th floor of building along with there staff and briefing room. The Press Security offers a daily briefing that is transmitted all over the station. The lower floor has the Promenade Council Chambers, the Council is made up of two members from each of the districts and one member from each sub district. The Council have large staffed Offices in there Districts but they also have a smaller work office on the 2nd floor of City Hall.

Also on the First Floor is the Press room and the permits office. The third floor has a few Committee rooms, a court room and the Office of the Judge and magistrate. The top floor has staff bull pins and storage.

Below city hall has work rooms and more offices along with a Situation room for communications.

The first floor has a State Dinning Room, a Reception Room, a Treaty Room, The Family Dinning Room, The Kitchens, Staff Work Room, The Mayors Home Office, the Library and the Ball Room. In the main hall is the grand stairs.

On the 2nd Floor is the Mayors Bedroom, along with family member bed rooms and guest rooms. On the far side is living room, a private dinning area and alcove with replicator. There is a door way to the balcony.

The 3rd Floor, has more smaller rooms, along with staff quarters for those that are on call for one reason or another. There is also storage and movie room room and a staff living room room.

The basement level, has the laundry and Staff Work rooms and repair shops. The China Room and the Wine cellar.

Most people outside the Senior Staff know this building at the Star Fleet Events Center, they also know it is rarely used. There are many rumors about this building.

The Emergency Operations Center or the EOC is secondary Control Center for Starbase 118 Operations. This building is under heavy guard from Star Fleet Marine Corp. The EOC is not under any listing on the station, it is only known about from the Stations Senior Officers and a few people that work on the Island. It is used if the hub is lost for some reason, or if the command staff is the Commercial Dome it can be used to manage a crisis that is taken place. If Ops is over run by an enemy then EOC can be used to retake command of the station.

Being hidden on an Island in the Commercial Sector keeps it hidden nicely. The building is three levels above ground and three below. The 1st level is security check points and intel and mission operations along with a large grand Old World Ball Room that is stunning for formal Events. The second floor is the Commanding Officers secondary Office, a almost oval shaped room that has its own private balcony. There are two briefing rooms out side the Commanding Officers Office and then the First Officer and the Second Officers Offices are beyond that, they share a covered balcony over the main entrance. There is a yeoman's bullpen and a staff bullpen on the same level.

The third floor is all small quarters for the Senior Staff, there is a bathroom at each end, no one not even the Commanding Officer has a private restroom in there quarters.

Below ground in the EOC/HUB, the secondary Command and Control of the Station and Communications center. It is like a large Battle Bridge.

The Holo Matrix Booster Building is made to look like an old power and generator center on the Island. It is directly below the Holo Matrix Control Center, high above atop the dome. The building has a signal booster inside the stacks that connect to the matrix relays above to help create the Federations Largest Holodeck.

The four Store building is mostly a shell, made to look like a building, it houses multi level generators and boosters. There is also an outlet to the bay that helps control a current in the water and keeps it from going stagnate. There is a self cleaning pump under the holo center. The water, buildings and trees are not holographic, only the weather is.

There is a small attached building to the main Booster Building that is the home of the Engineers of the Holo Department. They maintain the power level of the dome and make sure that each sector has the right weather in that areas.