Falina Suribana is a doctor currently assigned to the Amity. Suribana is a Kerelian that opted for the assignement on this new outpost on the Delta quadrant, to improve her knowledge of alien species, spread the good and understand the universe better to make a better place of it. 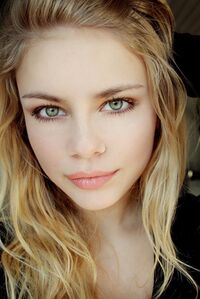