David Whale is currently serving as an Assistant Director with the Criminal Intelligence Operations division of Federation Security, based on Earth.

Whale has been diagnosed with space myopia. As a result, he is not cleared to pilot star fighters or other small craft.

Due to cardiac arrest suffered in the Second Battle of Eratis, Whale's heart sustained some damage. It was determined after a bout of serious heart palpitations aboard the USS Constitution-B that Whale had scar tissue on his heart. After treatment performed by Doctor Sally Stone to remove the scar tissue, Whale has made an almost complete recovery and is not expected to have any further complications from the injury.

David Whale has dealt with significant tragedy in his life and his personality reflects it. He is generally stand-offish, rarely willing to open up to anyone about his feelings or discuss, in detail, the circumstances of his presence in this century. While he is not by nature a mean or difficult person, the difficulties he has had -- and continues to have -- in adjusting to his "new" life have affected him to the point where many see him this way.

Though he has never voiced this to anyone, Whale biggest disappointment - to put it mildly - is his failure to propose to Gianna Dacosta during their last time together, only a week prior to the disappearance of the USS Ackerman. He had the ring in his pocket, but was too nervous to go through with it.

Again, though he'd likely never say this out loud, Whale is quite proud of the fact that he has achieved the rank of Lieutenant Commander. When rejoining Starfleet after surviving The Ackerman Event, his only goal was to survive -- mentally and emotionally -- but when promoted to Lieutenant Commander, a full grade above the highest rank he held in the 23rd Century, Whale came to realize that somewhere along the way, he'd not only adapted, but began to grow beyond the tragedy that brought him to the 24th Century.

Due to the circumstances of his life in the 24th Century, Whale no longer has any living family of which he is aware.

OOC NOTE: Mairin Whale is actually an alternate-timeline duplicate of Olivia Whale. In order to save the children of the alternate Drake, a doomed vessel, Wanda DyAmone transported them to the "true" Drake. Whale called in numerous favours in order to have medical records falsified to show that Fiona Shelley had given birth to twins. This information is known in-character only by Whale, Shelley, Oliver Weston and William Rogers.

Whale did not have any brothers or sisters. 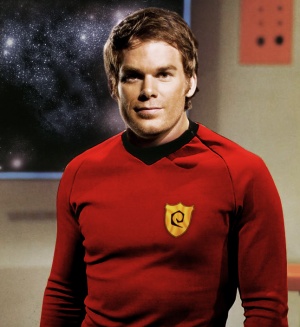 Whale's career history with Starfleet is somewhat unusual, as it contains two separate tours of duty spanning nearly 120 years. As such, it has been divided into two sections: the years 2259-2269, followed by the years 2381-Present.

In 2269, while responding to a distress call from a civilian freighter, the USS Ackerman was lost with all hands after an encounter with a spatial anomaly. This event is frequently referred to as the Ackerman Event. 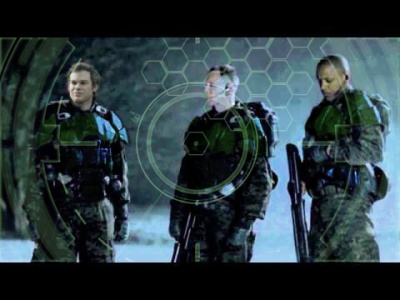