From 118Wiki
(Redirected from West, Ian)
Jump to navigation Jump to search

Dr. Ian Lane West, M.D., D.A.S. is an Astrobiologist and a Science Specialist at StarBase 118 Ops. He is also a member of the Deployable Operations Group known as (DOG) Ian is a Hazardous Materials expert for the Federation Strike Force. He is a Solo Operator on the Tango team stationed on the USS Albion, Ian is required to attend two subspace meetings a week with his unit commander, Lt. Commander Chris Davidson 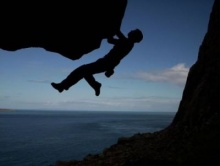 Ian enjoys all forms of Skiing; particularly on the slopes of Talvet III, Ice Planet. This was a hobby that Ian practiced a lot when he was at school at Harvard.

Ian has long been an avid rock climber. Even as a teenager when he got in to trouble for climbing a forbidden mountain on Mars housing a Starfleet Secret Lab. Over the years he has continued to climb on away missions and for fun. Ian was once taken to an American Football match in the holodeck where he played as a Quarter Back in a club match. At the Academy Ian was known to play racket ball, however, he has not played in recent years due to not having someone to play against. Ian sometimes practices boxing and hand-to-hand combat but only for the workout. More regularly, however, he can be found working out in the gym between 16 hundred and 18 hundred hours every weekday; and can be found Rock Climbing on the holodeck every Saturday morning. When he meets up with his best friend Chris Janson.

Over the last few years he has become an avid Deep Sea Diver. Loving to push him self to new depths and work on designs for new tanks and head gear.

Ian is a brilliant concert pianist. He also interprets old folk songs from around the Federation on an acoustic folk Guitar, something he started during his days as a student at Oxford. From time to time he can be found in his Office playing his Violin or Trombone. Ian keeps a custom built keyboard in his quarters to play on and write songs.

One of Ian's main hobbies is Cooking. His speciality being Chocolate devils with 17 different varieties of Chocolate which he makes from his maternal grandmother's family recipe. Ian has had a corner of his personal quarters converted into a kitchen area with special utensils. Most evenings. Ian tends to avoid using the replicator: Instead, when he was stationed on Starbase 118 for a in the field training as a cadet he used to enjoy a trip to the Starbase’s promenade where he liked to purchase genuine fresh food ingredients from the many alien traders. To Ian this was one of the principal advantages to being assigned to a Starbase over a starship although when on a Starship he enjoyed collecting unique ingredients from the planets they visit.

Ian Grew up in London England, the son of a warp core systems architect and a teacher. His father Lane West was away a lot working on new projects with Starfleet. So he was very close to his mother Liza West, an Earth history teacher.

Ian had excelled early in science and math; his father started grooming him for Starfleet at an early age. By taking him to work with him and teaching him about a warp core and subspace waves that the core creates. Ian enjoyed the time with his father but found the details of a warp core to almost bore him to tears. But the cause and effect of the subspace waves and rifts made by warp was thrilling, at warp one the trail can be found for a few light-years but at warp 9 the waves can cause damage.

Ian went to Canterbury Prep School and got in a Science fast track program for Advance Sciences. Allowing him to attend Oxford two years early, majoring in Astrophysics with a minor in Biochemistry and Molecular Biology.

After leaving Oxford Ian attended Harvard for his Doctorate in Applied Science, Doctor of Applied Science (D.A.S.) earned him an express entry into Star Fleet as a Warrant Officer of the Science Division and placement on a deep space research station.

While on the station Ian was a Department Co-Lead for Advanced Weapons and Development with Lt. Adam Cain a Tactical Officer. Working on proto phaser banks using charged static from the ship’s hull to power the phaser banks and not the warp core or batteries.

The Project suffered a great many set backs. The program was about to be mothballed a few days before the first successful test firing from a unmanned platform.

The platform was studied for another month and the systems then were outfitted on a runabout with a full crew that engaged 290 probes in a war games testing exercise.

After a year of work on the station Ian returned to Earth to start Star Fleet Academy. In Ian's first year Admiral Thomas Range became Ian's mentor for the rest of his stay at the Academy. Taking an Advanced Science Degree, he was required to take 32 plus extra credit hours at the Academy to achieve the Advanced Science Track Commission.

Maintaining strong grades in all the Science and Medical Classes, Ian lagged a little behind in some of the Tactics classes because he would often butt heads with his instructors. Ian was the Class leader for Science Department Competing with Cadet Alex Johnson to stay ranked number one. But Alex pulled ahead in the Battle classes, the son of Vice Admiral Peter Johnson, Commander Task Force 75. 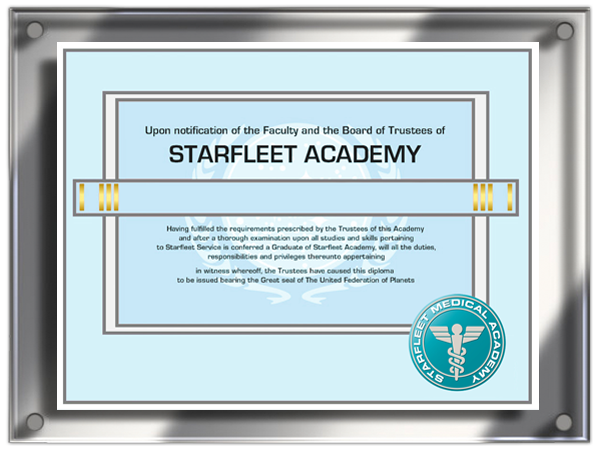 "Beyond the Pillars of Hercules"

After a bad encounter with a mysterious entity that had the ability to grant wishes, the USSTiger-A landed uncontrolled on the ocean floor of an uncharted planet. With the ship badly damaged and without power, and the crew suffering many casualties, the Senior Staff wasted no time getting to work. Under the guidance of Fleet Captain Sidney Riley, the crew was split into three teams; one team to work with Engineering to effect repairs and restore power, one team to set up triage centers to treat the injured, and the final team to perform search and rescue operations throughout the ship.

As the hours passed, the crew proved themselves to be resolute and progress began to show as the injured were found and treated and the ship’s systems and power grid were repaired and brought back online. While the Engineering team was in the process of restoring the structural integrity field, a strange old man dressed in robes appeared in Main Engineering. This strange old man introduced himself as the Guardian and said that the Tiger was trespassing on land controlled by the Iconians and that if they did not leave he would destroy the planet and everything on it. After a discussion with the Command Staff, this Guardian decided not to destroy the planet and revealed the presence of a nearby Iconian Gateway shortly before he vanished. With the news of a nearby Iconian Gateway, the crew found themselves posed to launch a full scale investigation.