Viktor Serves currently as CAG for the USS Apollo 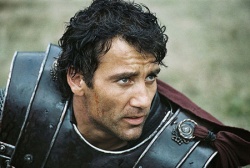 Playing through some MacBeth in the Holodeck 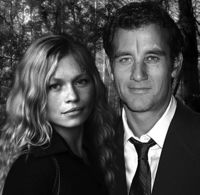 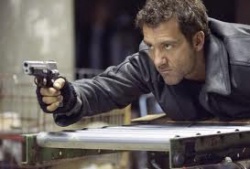 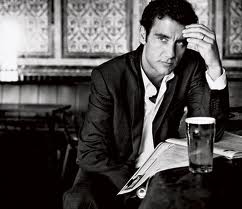 Enjoying a brew in a pub In Kildare

Viktor is a fairly quiet, studious and diligent person. He enjoys writing in journals, listening to music (to the tunes of Acamarian Chants and the Terran Tchaikovsky) His appearance is dark and and mysterious, which is often misleading as he is fairly personable, that is unless there is a reason not to be. He speaks mainly English, but is fluent in Acamarian and a few others. His parents ran a mixed household that included mainly Acamarian traditions, but also followed some other Terran beliefs. He had been to Acamar III three times in his life in order for his father to reconnect with his clansmen. Acamar III always felt like a second home, where he belonged. Unfortunately, Earth would always be his final destination. His father was star trader that settled into Earth after his interstellar mining business sent him into debt. His mother was the daughter of an Irish farmer. Run ins with his father's debt collectors has given him plenty of experience in dealing with hostile faces. Leading a fairly rocky childhood and teenage years, starfleet was the answer he was looking for.

Viktor was born in Kildare, Kildare County Ireland on a small sheep farm where his mother and father settled on stardate 236004.04. He was raised as a farm boy, but it was soon realized by his parents that this mentality would not last throughout his teenage years. Interpersonal relationships became more and more tedious with him, as the inner struggle to meld his Terran and Acamarian backgournds together became more and more abraisive. Many attempts were made by his parents to control his anger, but he soon cut ties with them altogether. Viktor moved to North America on stardate 238003.03 settling in a well known city called New York. It was there he began to see the advertising for Starfleet Academy. As he began a new life, and after having not spoken to his parents in over a year, he received a rather unfortunate communique from them on stardate 238107.12. His parents informed him that Acamar III had been invaded and wiped clean by a race known as the Borg. Filled with anger at the thought of the friends and family he had lost to such a barbaric race, he soon took up a great interest in Starfleet, researching as much as he could on every aspect of the alien world. His extra-curriculars however were not so promising. Viktor developed quite the police record spanning across Breaking and Entering, Grand Theft Auto and various other theft like charges.

It wasn't until the year 2384 that Viktor finally came to the realization that his current lifestyle would land him in two places, either prison, or the grave. He decided to finally take into account all the desire he had for Starfleet and make the transition. He joined academy in 238402.27, his birthdate, to mark his acension from the depths of the lower class. It was to be his personal mission to make something of himself, and once again reclaim the honor of his father. That was the mission in life, and he was hoping that along the way he might find a more self-serving mission as well.

It would seem that his police record and lust for vengence against the Borg would serve him well in the academy. He had become one of the foremost leaders on knowledge and study of the Borg and their protocols, in the hopes of one day finding the cure to the plague that is Borg. Espionage, stealth and physical shadow were just a couple of the areas of study that he would excel in.

Transitioning into An Officer

Having completed the Academy and its arduous courses of study, Viktor was assigned to Starbase 118 Operations as its Intelligence officer. Aboard that ship, he was fortunate enough to run into one of his academy colleagues, Science Officer Ensign Harold Foster, who had also been placed on the Starbase. The two would immediately get a taste of the lighter side of Starfleet, as they embarked on a short vacation with the rest of the crew aboard the USS Victory, destination, Risa. Once having arrived, Viktor would have a chance to bond with some of the varied personalities aboard the Victory, including that of Ltcmdr Savannah Taylor, who would ultimately teach him a lesson in civility when it comes to making a first impression. His stay aboard the Starbase was short lived, as Starfleet's newest addition was being placed into service very soon, and it would be needing an intelligence officer...

On stardate 238902.03, Vik packed his bag's, saying his farewell to his good friend Foster, and leaving him a token of friendship, something he'd not let go of for more than 15 years. To Foster, he gave a gold compass, about the size of a half dollar with a chain. It had been given to his father, by HIS father, and had been passed down for a few generations in that manner. He decided it was time let someone else have a try with, and he could think of no one more fitting than Foster. His grief would be short lived however, as his shuttle approached the newly commissioned Apollo.

Vik's first posting aboard the USS Apollo as its Intelligence Officer brought him new and exciting opportunities that would begin to teach him the real meaning of life; what it means to be outgoing and to think outside of the box. Having come from a very different household, one filled with troubles and treachery in its own right, it was a stiff learning curve. But people such as Commander Taylor of the Starbase, and more importantly, the Apollo's CMO Jalana Laxyn, helped him to realize just who he was to become.

Viktor Lanius met Jalana Laxyn when she came aboard the Apollo shortly after he was posted. They crew was headed for the Typhon Sector in an attempt to track down a few missing vessels. They really had time to interact with one another when they discovered the USS Nelson, and ended up treating some of their survivors together.They spent some more time together during a R&R evening in an old fashioned Casino on the Holodeck, a Program belonging to Ra-Uleyra. Viktor was willing to teach her Poker and she had enjoyed the time at his side. But it was not until another R&R evening on the Holodeck they spent on a beach of Shinraka that he asked her out on a date.During this date they spent much time talking and visited the holo version of his Earth home, where he finally confessed that he liked her and she returned these feelings. After Jalana fought with a small fit of jealousy, when she met one of Viktor's old flames on SB 118, Viktor confessed his love to her; feelings she undeniably returned. Viktor has a fire burning within for Jalana, in every way, and couldn't imagine being with anyone else. He often wonders just what the future might hold for the two of them.

Viktor excelled in his given field as the Ship's Director of Intelligence, moving up the ranks in good time. During his stint, he recorded the creation of the ship's intelligence lab and also his home away from home. It wasn't until a fateful battle between a rogue Cardassian psychopath, and subsequently one of the galaxy's most wanted men, that his launch into Command was born. In a personal struggle, the ship's Current XO, then LtCmdr Liam Frost, would step down as a means to safe his mind from limbo in dealing with some personal demons. It became appearant that the ship needed a new XO. Viktor effectively swapped roles with his colleague and friend, making sure that the swap was acceptable. Having been recommended for the job by Liam, there were never any harsh feelings in the switch. To this day, he still looks up to Liam, not only in terms of rank, but in terms of wisdom and experience. This is going to be a long winding road for Viktor, but he's more than ready to take on the challanges that lie ahead. 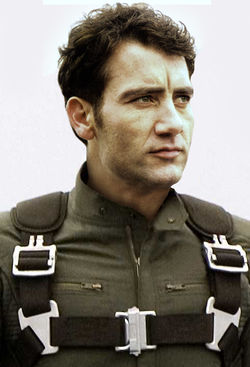 During a pre-flight briefing prior to a training run

Missions on the USS Apollo