Lieutenant Commander T'Lea serves as a Historian and Archaeological Officer aboard Denali Station. . 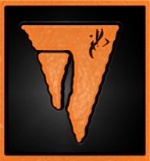 T'Lea is on the hunt for her nemesis, Dal Selta, when the tables turn against her. She and Karise Indobri are kidnapped!

Using Pon Farr as a weapon, T'Lea faces off with Dal Selta, only things do not go according to plan.