Fleet Captain Oddas Aria: Since arriving on the Juneau Tomas has completed a number of missions with the Captain, and even joined her for the eventful test flight of her self-built racing shuttle Allahayer. Tomas looks up to the Captain and considers her a mentor, although he still cringes when recalling the moment he told her that during a mission debrief. 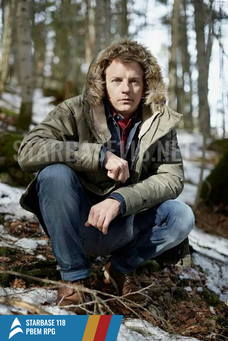 In early 2399 Tomas submitted a research proposition to the Vulcan Science Academy, as part of an application to study for a part-time Masters Degree (whilst still serving in Starfleet). His proposal to investigate the medium to long-term effects of the cultural contamination on Anadasa - now that the source of the Borg influence has been removed The Silent Monster - was accepted, but Tomas was unable to attend the Academy to begin his studies due to the move from the Juneau to Denali Station. During a subsequent call to discuss his application he was informed that the Vulcan Science Academy was sending a delegation to Denali Station to establish a satellite campus there, and that he might have opportunity to commence his studies there instead.

FInders Keepers (299902)
Just hours after the crew of the Juneau end their shore leave they’re called back to Ring 42 to help the USS Grace Hopper, which had been unexpectedly attacked by pirates, who had made off with a stole artefact of unknown properties. Tomas, Deveaux and Kettick first examined what little data the crew of the Grace Hopper had been able to obtain from he artefact, before he led a small team to the pirate moon base to retrieve it. Tomas learnt a lot on this mission, particularly about trust, and the importance of communication when you're in charge.