Jayla Petras is a Computer Operations Officer aboard the Amity Outpost. 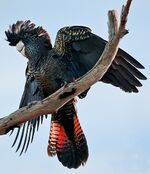