From 118Wiki
Jump to navigation Jump to search
This article is a stub. You can help 118Wiki by expanding it.

The first scan of the system TR-345 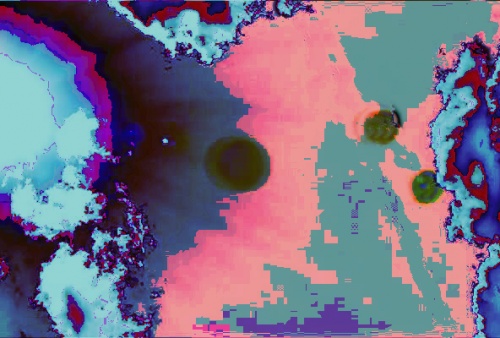 This is the initial readouts on long range scanners.

It seems there are two smaller planets and one rather large planet. Because of the nebula distortion factors we can not get sharp imagery.

This is the second scanned image with greater resolution. 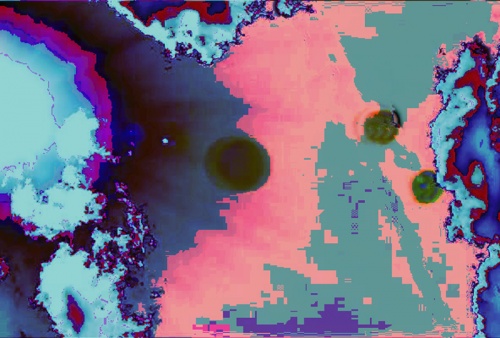 The third image scan reveals a vail covering cloud about the main planet. 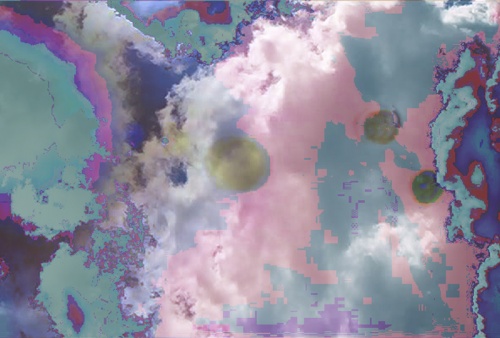 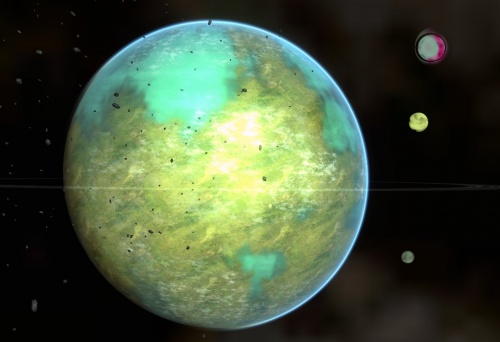 The planet seems to have a set of rings about the equator and the third moon looks like it has an atmosphere. The details should become more obvious as we get better images.

The inhabitants of TR-345 are humanoid. Physically they are very similar to Terrans, though the males are much shorter than the average Terran male. Their skin is tinted in an amber color, they have violet eyes and silver hair.

The female inhabitants wear revealing clothing. One such example is a very short, sleeveless, thin, silver colored, soft leather dress with a leather arm band in which to hold a knife.

It is still unknown how the male inhabitants dress.