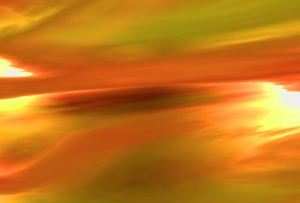 The Mantras Corridor is a spatial phenomena filled with subspace vortices and vacuoles located on the edge of the Imperial Losarian Commonwealth, some two weeks away from Losaria. It is known as a dangerous and unpredictable region of space where the fabric of space is weaker. Losarian vessels are largely forbidden from entering the phenomena, which is at least forty seven billion kilometres depth-wise. However, Imperial cruisers of the Losarian Royal Navy are required to investigate any distress calls from the region- although the directive does not extend to direct intervention. Some Losarian cruisers patrolled the region close to the Corridor- but not within its boundaries. Because of the gravitational distortions associated with the vortices and vacuoles, sensors were unreliable thanks to lensing effects and pinpointing a vessel's location was extremely difficult with Losarian technology. Losarian theoretical physicists from the Commonwealth's Science Institute have theorised that the distortions within the corridor would eventually expand into open space, something that was proven in April 2396 (Federation calendar).

In that month, the Losarian Cruiser Illrith under the command of Ellin Marayn intercepted a distress call from a vessel trapped within the corridor. Investigating, they discovered it to be some 47 billion kilometres inside. A plan was formulated in conjunction with a delegation from the Federation starship USS Columbia (led by Commander Jarred Thoran) to locate the precise location of the vessel using short warp jumps to collect sensor data. However, this plan was foiled due to a subspace vacuole opening outside of it's boundaries in the Illrith's flightpath. Deciding that it was simply too risky to proceed and unwilling to put her crew in danger, Ellin Marayn ordered the crew to abandon the mission, which drew the ire of Commander Thoran, who objected to what he believed was an abandonment of responsibilities.

O Brave New World That Has Such People In’t