Ensign Kionn Rao is an engineering officer aboard the USS Veritas. 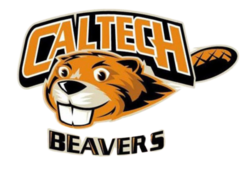 Kionn is a proud Beaver

Kionn is a bit unusual for someone of his background, while possessing an impressive intellect he has the emotional intelligence to equal it and is surprisingly well-versed in social graces for someone raised in the Collective. Most find him, calm, mellow and ponderous, a sensitive and charming young man who quite literally “goes with the flow” whenever possible. Pacific and laid-back, Kionn is a fount of tranquility, having long ago made the choice to accept and even revel in the circumstances he finds himself, instead of fighting it.

Kionn has a particular need to keep himself occupied and busy at all times. While that might be something as simple as engaging in conversation or as physically demanding as surfing, he has great difficulty sitting on his hands or waiting without something to do. A task, any task, is needed, even if it’s just him meditating.

Kionn has an insatiable need to learn. The Borg might have left him with a good start, a very good start, but they didn’t teach him everything and he revels in discovering information the Collective might have deemed irrelevant like art, literature and social history.

While the physical reminders of his time with the Collective are evident for all to see, Kionn buries the traumas associated with being a drone, being disconnected from the Hive Mind and reintegrating into humanoid society quite deeply. He knows he cannot change the past, so he would prefer not to revisit it.

Kionn is a lover of opera and is fluent in Italian, French and German. Donizetti is his favorite composer but he broadly prefers operas before Donizetti's era, from early 17th century commedia dell'arte and 18th century opera seria. Only Parisian grand opera holds his interest in the 19th century.[1]

Much of Kionn's life before his assimilation and subsequent liberation from the Borg Collective is unknown, even to him. His age is an approximation based on cellular aging and the Cube he was on did not contain his original assimilation profile, leaving most of his pre-assimilation biography unknown save for his own name and that he was approximately 5 or 6 when he was assimilated.

Kionn next enters recorded history when the USS Sojourner, assigned to a deep space mission in the Beta Quadrant, came across a Borg debris field on an uncharted planet on their journey home. While several catatonic survivors were found, only Kionn, out of a crew of tens of thousands of drones, would survive both the transwarp failure that led to the crash and being liberated from the Collective. When genetic testing determined that the young man was an El-Aurian, a species known to the crew of the Sojourner and the Federation, the decision was made for him to take him back to Earth with the rest of the crew.

Over the next year Kionn successfully reclaimed much of his individuality, not so much restoring his old life as building a new one, a foundation upon which to build on. While he took to most social graces quickly he still found concepts like hierarchy, personal space, and being alone and unsupervised for short periods of time troubling. He frequently needed a task to keep himself occupied and it was through this need to keep him busy that Kionn took on his first duties aboard ship.

Kionn proved himself competent if a bit eccentric, a wide-eyed young man who’s favorite question was “why”, belying a willingness and inclination to learn.

When Kionn asked to take the Starfleet Academy entrance exam, Captain Arpajon was not surprised but was reluctant to agree. That he had made great strides in his personal development and had the intelligence required was not in dispute, but Captain Arpajon had two chief concerns. One, that she might be railroading the young-man into joining Starfleet when there were many, many other options for him. And two, that he would ultimately find the Academy, in some ways more structured than the Sojourner, in others much less, difficult in that he might not be prepared for such independence. The counseling staff of the Sojourner concurred that it would not be easy for him but believed that given the chance and with the proper support, Kionn did have the potential to thrive.

Kionn did indeed end up attending Starfleet Academy where he proved an excellent student but initially struggled socially. It was only through a chance encounter with one of his fellow students, Sami Venalainen, that Kionn discovered both a supportive friend group and a fulfilling hobby in surfing. Over the years his personality blossomed as he uncovered new parts of himself on the Academy grounds, joining the Academy water polo team, becoming a student director of the drama club and even joining a comedy troupe. It was also during this time that Kionn discovered he had a living relative on Earth, a maternal aunt named Alyhra Rao. While distant, eccentric and reclusive it did buoy Kionn’s spirits to be connected to someone by blood and she was able to give him something very important, a name, “Rao”.

Kionn graduated from the Academy but deferred assignment to pursue a Doctorate in Applied Physics at the California Institute of Technology. During his time at the Academy he had discovered that while the Borg had left him with advanced information, skills and reasoning, what it considered “essential” knowledge had left gaps in his understanding and he felt he could learn more. Perhaps part of him also loathed to abandon the life he had built for himself on Earth, with friends and now family, hobbies, interests and even a beta fish, but when he received his Doctorate and received his first deep-space assignment on the Veritas, in the remote region of the Shoals, he did not equivocate, and accepted the assignment without hesitation, though it meant leaving his friends, home and fish behind.

Kionn is more “organic” than most former Drones. While he still has considerable cybernetic implants that regulate many of his vital functions, most have been removed, including his cortical node during his initial de-assimilation, a process that left the other drones recovered alongside him dead. This left him with a case of Attention Deficit Hyperactivity Disorder and some other minor chemical imbalances in his brain, but is easily managed both through medication and meditation. As a result of being assimilated so young, his skeletal system is at least for now seriously dependant on the Borg clamps to function, giving him slightly increased strength but requiring him to exercise or stretch regularly. Kionn fulfills this need with daily yoga.

Kionn was injured during the mission to the Thura System by an unknown countermeasure set in place by rogue Starfleet Ranger Kehive na-Soldim aboard the Tholian Station. He lost massive amounts of blood but thanks to the timely first aid actions of Ash Makepeace and Marcus Dwight was stabilized until an emergency beam out to the Veritas Sickbay could be arranged. After requiring several transfusions and surgery by Doctor Emi Kionn returned to light duty but requried more than a week of heightened regeneration.

Kionn's first deep space assignment was aboard the USS Veritas where he served as an Engineering Officer under Lieutenant Commander Wil Ukinix, serving alongside Lieutenant Charlena Vanlith. During the mission to the Thura System to investigate a wayward Tholian space station Kionn was chosen for the second away team under Lieutenant Vanlith to repair the station's power and propulsion systems. Joined by Marcus Dwight, Lieutenant Commander Hannibal Parker and Lieutenant Ash Makepeace Kionn was barely able to make sense of the crude and extensive modifications made to the station's main reactor before the team was trapped behind forefields by Lieutenant na Soldim. In a calculated move to delay their escape Kionn was targeted and crippled by an unknown weapon which resulted in him loosing massive amounts of blood. With na Soldim neutralized, Marcus and Ash performed an emergency beam out to the Veritas Sickbay where Kionn was treated by Doctor Emi a fellow junior officer and recent addition to the Veritas.

While his Borg physiology made his return to light duty almost immediate, Kionn would suffer pain in his gut for the next few days and require more time in his regeneration unit. In the mean time he was tasked with investigating the scavenger ship Gullyfluff. No clear answers were gleamed from the ship's sensor logs on why and when the Tholian station appeared but thanks to Commander Parker they were able to learn of the Orion Syndicate's involvement in the affair, which proved prescient since they showed up and made an attack run on the still under-powered Veritas while she was attempting to affect the station's return to Tholian space.

Kionn and the rest of the Veritas crew survived the encounter intact but with precious few answers to their mounting questions. Instead Captain Blake ordered the Veritas to set down on Kidman I for Shoreleave while they awaited Captain Rahman and Commander Ukinix's return from Betazed. There Kionn participated in the massive promotion ceremony/surprise party for Commander Blake and Commander Flynn, engaging in a dance battle with Commander Ukinix and a squad of Pikachus.