PAGE IS A WORK IN PROGRESS Doven Childyrn is currently serving as an INTELLIGENCE OFFICER aboard the USS Constitution-B. 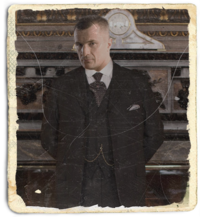 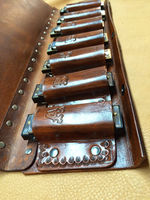 One sleeve of his collection 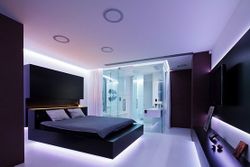 Doven grew up on his farm in the Outer Reach region of Vegath. There he learned the toils and triumphs of what it meant to be poor, but with good work ethic and determination, anything was possible. He was born and bread off of true grit, blood sweat and tears. He attended a primary schooling program where he was able to graduate with a Citizen's Honor, enabling him to participate in military programs, flight schools, or other things that were not entirely open to just anyone.

He decided early on to get into commercial piloting, working trade caravans for the Great Vegathan Hook, a vast trade army that employed many civilian contractors in their midst. His first commission was the S.S. Hardship, a modest freighter that he purchased on his own. He worked and saved as much as he could, in the hopes of paying off his family's farm. The trade business brought him to corners of the home sector that he never even knew existed. He met a few friends along the way, and was even tempted at the thought of a relationship at one point, but that's when things started to turn for him. His co-pilot, Maddie MacAvery, seemed to have developed a more than professional relationship with her employer. Mixing love and business

wasn't always the best thing. The black market was a disease that infested even some of the strongest at heart. Even though he was prepped ethically for the business, ultimately morally, he couldn't deal any longer with the strife and constant cloak and dagger of the underground trade market. His love interest, and still friend, chose otherwise, keeping her ties with the market. Doven couldn't keep his ties, and eventually cut them, but with one thread still hanging. He made his exit, but only after having gained a fruitful career in flight. Flying was a passion, but only the beginning of his career.

Now at 27 years of age, he has finished military training operations with Starfleet, and has been ground into the Marine Corps espirit de corps. He has chosen to follow the intelligence role throughout his OCS, and intends on serving in that capacity. He figures dual-role service as a marine and as a spook will only serve to benefit whatever ship he serves under. Cool as a cucumber, sharp as a tack, but as sarcastic as they come, Doven has a promising career ahead of him. Only time, and the cadet cruise, will tell. 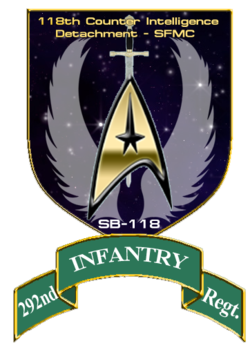