Lieutenant Commander Yito Seja is currently serving as a Chief of Security aboard the USS Constitution-B.

- Reading and Keyboard (less so as an adult).
- Caving - her father use to take her and her brothers as children.
- Jogging - she hated it at first when she had to get fit to join the academy. But now she loves to run round the corridor on a regular bases.
- Jiu-Jitsu - At the academy she took up the sport and has just achieved her purple belt.

Seja parents meet on Tallos III where her mother Elken was working as a nurse in the local hospital and her father Bjorn had fallen ill during his transport vessels drop. Elken had found her father kind, unlike the locals who mostly ignored her because she a Bajoran refugee. After Bjorn left Elken found out she was pregnant. They kept in contact and Bjorn tried to visit and then 5 years later she was pregnant again. This time Bjorn arranged for his now expanding family to come live in with him on board ship.

Then 2 year later Seja was born. Seja spent her early childhood on aboard long distance transport vessels with her parents and two brothers. During the dominion war, the transport vessel was in starfleet convoys. She spent hours looking out of the window at the federation ships in awe and played games pretending to be the uniform officers she saw when they stopped at Starbases. This was the start of her dream to join Starfleet. During the war her father and the crew learnt how to fire weapons, as well as her elder brother much to her mother's dislike. When Seja was old enough her father also taught her.

It could be fun living aboard a ship, she learned how to fly from a young age and how to handle herself in zero g. But sometimes boring with the long stops between station and her parents being busy with ship business and sometimes her and her brothers found trouble.

Through out her childhood her parents made an effort to introduce her and her brother to planets taking her place with snow, deserts, lake, forest etc... Seja found them interesting but intimidating with all the open space. They also tried to do what normal families did on planets they taught her to ride a bike within the ship corridor, they'd go for picnics a stellar phenomena in the ship shuttle and on outing when they were docked at stations like for family meals and bowling. Seja loved stopping at stations and visiting the sweet stand with the hopes they'd have her favorite treat - a Jumja sticks.

Seja mother tried her hardest to teach Seja and brothers Bajoran culture. She taught them Bajoran history, about the occupation, about the Prophets and the Bajoran language and gave them the food and drink of her people.

When Seja was 9 they moved to her mother’s brother farm on Bajor. Seja and her brother Relk didn’t settle. After a year, they moved back to transport vessel, leaving her eldest brother Birnath who was 17 behind. Then when Seja was 12 her mother left. At 15 her mother requested Seja to live with her and her new family. Seja was angry but reluctantly agreed she continued to visit her father during holidays. She spent 2 years living on the colony before moving back to her fathers transport.

At 18 Seja applied to Starfleet, but was rejected. She spent the next 2 year working on her father’s transport vessel. Life was fun aboard the vessel and she saw a very different side to it that from when she was a child. They drunk Cider, Beer together after work in Rec room and engaged in pub games. When they stopped at planets during the day they would do adrenaline activities and night frequent the bars. Her elder brother Relk always watched out for her. Sometimes things got a little out of hand for example Seja had to rescued by her brother when Jet Skiing after falling in and being unable to swim. During long voyages they would play pranks on the new crew members and Relk taught Seja some engineering tricks.

At 20 with much persuasion from her father, she reapplied to Starfleet and was accepted.

During first year at the academy, she dated Cadet Riley who she meet thought Jiu-Jitsu, he was a fourth year and a bad influence on her and her studies. After he left the academy and reduced contact, she vowed to focus on her studies and career over everything else. Deeba was her roommate during her first year and introduced her to Masala chai, they lost contact as their studies took them in different directions.

In her second year Seja failed General Astrophysics and had to take an extra course in her third year to make up for it.

After graduating from Starfleet academy, Seja was assigned to one of the federation embassy on Betazed. After a year on betazed her dreams came true and she was assigned as security officer to starship USS Constitution. 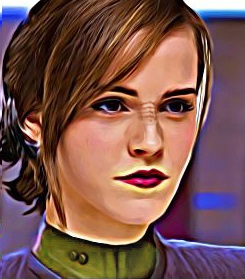 Shortly after arriving on the Constitution she is sent on search and rescue mission through the Hinji jungle to find a downed shuttle crew. A member of the team is a Cardassian ensign Vehk her interacts with him cause an internal struggle between being brought up by her mother's with a hatred of the species and Starfleet's views on tolerance. Seja is keen to impress and luckily the mission is a success and Seja is promoted to Assistant Security Chief. After the mission she discusses her internal struggle with T'Seva (acting chief of Security) and comes to conclusion she judge every individual by own merits not their species behaviour which she still finds hard.

After a crew party Seja finds herself trapped on the holodeck with the other senior staff in a world of Dungeons and Dragons. She finds this experience difficult being out of control having weapons she is unfamiliar with. Seja and Ensign Horne work well together during the mission and it is somehow a success and they escape. Seja has found herself a little wary of holodecks after this experience.

During shoreleave Seja's elder Relk arrives which Seja is really looking forward too but Relk is struggling to accept the past and their mother's leaving and is turning to drink and party to cope. Seja speaks to counsellor Saveron and speaks to her father about him. Relk is unhappy about this and they are slowly drifting apart.

The crew are sent to retrieve a prototype federation ship (Geneva) from Klingon pirates. Seja is first to volunteer to join the infiltration team and become Klingon (the surgery isn't easy). But everything does wrong - her team lead by the Geneva engineer Tam turns out to be a liability and traitor. When it comes to battle with Klingons, she makes the discussion to shot the Commander to keep everyone else safe. Seja get shot in the battle and as they continue the mission Seja tries to take command of the team but her body deteriorates to the point of being life threatening.

Seja struggles to come to terms with what happened on the Geneva at first keeping secret what had happened to Tam. In the gym she refused to open up to Doctor Foster which severely damaged their friendship. Later she opens up with the truth to Captain Jalana Rajel and starts a long road to recovery. Seja was also left with severe damage to the nerves in her left arm making it inoperable at first caused by the tainted distributor that nearly killed her. She worked on rehabilitation therapy with Doctor Spears which she has found a slow and frustrating process. During this time spoke with Saveron and she explored other non physical areas of security with Doctor Spears providing simulated murder to expand on her investigative skills. By the end of shore leave she had gained majority use of her left arm, still struggling to do finer movement with her fingers like playing the piano but was cleared for duty.

The next mission which involved rescuing a Lineran scout ship from Lembatta Cluster, was quiet in comparison of the previous mission for Seja as she was assigned escorting the Linaran Minister Ohain with questionable ethics around the ship. But as she watched the creature being born she re-realised why she had joined Starfleet, to protect creatures like these. She went on investigate and find out the truth of what the Minister planned to do to the egg and baby and to report it.

During shore leave Seja's brother Relk decided to join the ship to do his recruit training. Seja is not comfortable with having him around and with some of the decisions he has made like changing his name to their fathers, dumping all his stuff in Seja quarters and his past drinking. She did spend some happier times with Raven and Ed going bungee jumping.

During there mission to investigate some strange energy reading Seja and her team were sent back to Halloween in 90s Salem. They were used to recover an alien space ship which made a telepathic connection with Seja's brain searching through her memories and leaving images behind. Seja is still trying to sort through those images taking Saveron's suggestion of visualising the images with drawings.

During shoreleave Seja and Ed went on their first date, taking a shuttle to a stellar nursery and enjoying a picnic under the stars. And Raven and Seja went skiing. All 3 of them (Raven, Ed, Seja) were promoted to chiefs.

The next mission started off with training on the holodeck driving Argos. The training got quite competitive as they raced the 4 Argos (firing at each other) and Seja seeing a new side to Ed as they raced head to head to the finish. On the track they faced dinosaurs and serpents. After a brave/stupid attempt to reach the finish first, Seja rolled her Argos beyond repair surrounded by dinosaurs Ed came to the rescue ( driving his bungee into the head of a T-rex ) and forfeiting his chance to win.

The mission itself involved driving the bungees to a damaged research outpost and ending up performing an evacuation as storm was incident. After the storm a second group was sent and Seja found it difficult to be left behind and putting others in danger instead of herself. She spoke to the captain about this and learned a lot about the role of command she had recently taken on.

During shore leave Seja got a chance to get to know Alex Blair more after working together on the research outpost to rescue one of the engineers. Seja also finished working with Relk on her holographic visualisation of her dreams left behind by the alien vessel. This allowed Relk and Seja to grow closed again and after Saveron advice will be passing the work onto Starfleet archaeologist in the hope she will get more information.

Seja and Ed went on a second date that started off well visiting an interesting art exhibition but ended with them both in the brig after the exhibition was interrupted by protests.

Seja found herself back at the academy confused about why it was different unbeknown to her she was in a dreamscape. 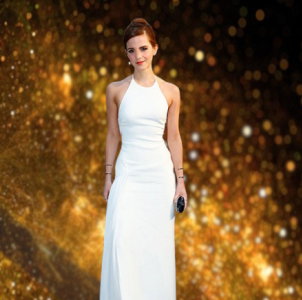