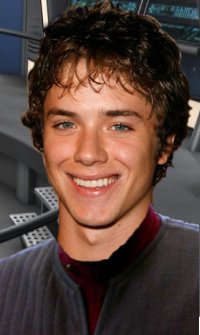 Sam is a tall young man who has short scruffy brown hair but in a tidy way, with dark blue eyes and a smile which can cheer anyone up in any time of day.

General Overview Sam is a kind and sensible person who watches out for everyone, but he is also proud to be someone who can always have a go. His motto in life is to "Always do your best!", and he's kept that since he's childhood and wherever he is, he will always do his best. When someone is in need of help, he is willing to lend a hand. He don't mind having a joke with people on duty and off duty. He is quite an easy-going guy, but as a security officer, he is strict when he's working.

Strengths & Weaknesses Sam is the man in kindness, which is a strength that he has, to give out to people. If everyone did this, it would be a better place. When over-worked or having too many problems, he gets stressed a bit, a weakness which he would like to be terminated. He is not the smartest person in the universe but always looks for a way out when needed.

Ambitions As a child, when he found out about Starfleet,he was always determined to go. And now, his ambition is to claim the hierarchy and maybe become Captain.

Hobbies & Interests Sam loves to have a go at anything, this includes food but not keen on some foods. Examples of this are seafoods, he likes fish but not squid, etc. He likes to sit down and relax while having a game of checkers and also reading is good as well.

Sam Watson was born 16th July 2362 in a small beautiful college owned by his parents James and Mary. Sam always had people to talk to, as he had his parents, his brothers and not forgetting,the house guests that come and stay.

At the age of 12,Sam and his brothers went into the forest every last Saturday of the month with their father to do some survival skills, but it didn't go to plan. Joe and Pete was finding wood and they tripped over a stone and they fell down the cliff, so James did not take Sam anymore, but later on replaced with Starfleet.

So at the age of 18,he joined Starfleet academy and passed with flying colours in helm and excellence in security. He took training on the USS Centris under the command of Cura Assanti. The result was graduation and was promoted to Ensign and assigned to the USS Challenger commanded by Captain T'Pen.