Starships... The backbone of the United Federation of Planets' exploration and defense fleet. Beautiful, awe-inspiring vessels that glide effortlessly from star system to star system. Every officer and enlisted crewmember in the Fleet is justifiably proud to serve on any starship. But, there's more...

The most overlooked aspect of the Federation's defense is the vital need for specially trained ground forces to operate on a planet - instead of from orbit. The mighty ships of Starfleet have the power to devastate a planet, but are incapable of quelling a riot. They can level entire cities with phaser energy, but can't stop a civil war. They can take on twice their number of adversaries, but can't destroy a specific enemy entrenchment. Starships have incredible capabilities, but there are simply some things they will never be able to do. Fortunately, the Starfleet Marines can!

Marines are specially trained for planetary operations of every kind - from covert landings to full-scale defensive warfare. The Marines are the Federation's best weapon against an enemy presence on a member world, are the only hope for removing any enemy that manages to gain a foothold. 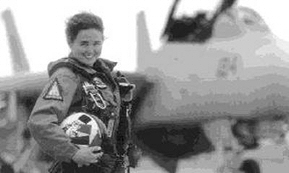 The Fighter Wing is named "Hultgreen's Hell Raisers" in memory of Kara S. Hultgreen. She was a Fighter Pilot who was killed in 1990 during maneuvers off the coast of California.

Marine Flight Operations/MTIC: This came from the idea of a 20th Century Aircraft Carrier, not unlike the CVN USS Enterprise. As we've seen on nearly every episode of Star Trek: The Next Generation and Star Trek: Voyager, the Bridge is a busy place. Now, toss in having to coordinate all flight operations, search and rescue, intelligence analysis of recon flights, along with making sure all fighters land and take off successfully, and even the most competent bridge officers would quickly be overwhelmed. The Marine Tactical Information Center, or MTIC, is designed to take all of those burdens off of the bridge and let the bridge officers do what they need to do in combat situations.

== Weaponry Weaponry and Equipment are the basic fundamentals of the Marine contingency aboard any vessel. Without them, the Marines would fail to accomplish the job they are set out to do and so, the equipment provided for Starfleet Marines surpasses any other in the Fleet. The equipment must be able to withstand veratile conditions including hard-ware, regular damage and changes in atmosphere conditions, if not gravitational.

Research is constantly being carried out into developing their equipment to be better, but until now Starfleet Marines are in safe hands.