The USS Narendra has 36 decks as follows:

On decks 11 and 12 there is a variety of customizable, modular quarters that can be easily rearranged for evacuation and troop transport. Long range crew amenities have been removed from the ship due to its status as a support ship for a major Starbase.

Originally deck 13 was also crew quarters and crew amenities, but it has been refit to provide auxiliary science labs and sensor capabilities.

The Narendra can separate, but she cannot reattach the drive to the saucer sector unless at a starbase with external engineering. The seperation line is between decks 13 and 14 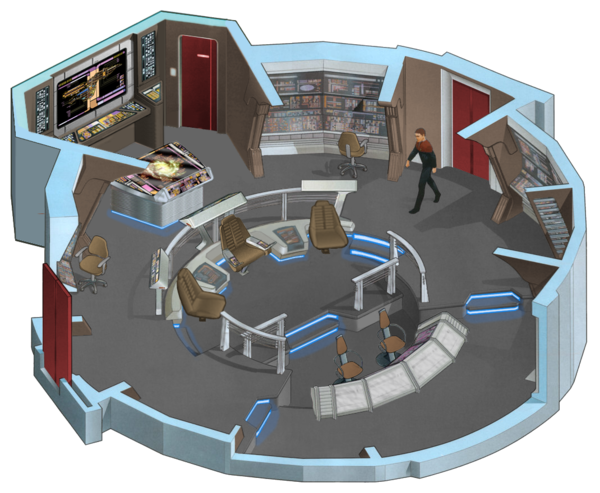