At over 240 years of age, he combines a wealth of experience with a reliance upon emotion, instinct and intuition rather than a strict adherence to the rules. Tyr is very casual as an officer and affords his crew a wide latitude in order to let them express themselves fully. He is also extremely protective of them, and has a "dark side" that emerges when his friends or family are threatened. Tyr has led a long, fulfilling, and storied lifetime. In that long life, he has lived, loved, lost and hurt. While he holds a high rank and is a fierce warrior, he is a gentle soul with a poet's heart. With a relatively "quiet" 200 years behind him, he has forsaken his near-immortality for the chance to do what he spent the first 200 years dreaming about: Explore the stars. Since leaving the homeworld, he has lived that dream.

Decorated 23 times by Starfleet command, he is the longest-serving Commanding Officer still active in UFOP.

He is a master in several forms of martial arts, but a novice at the more difficult aspects in life such as love. Carrying the wisdom of 200 years of life, but the innocence of one just starting life's journey, he is a shameless flirt and loves the company of friends and women. An enigma-the antithesis of his peoples' beliefs, he has spent a lifetime carving out his own identity and beliefs; a struggle that continues to this day. Tyr is the proud father of three children: Daisha, and twin brothers Sanuye and Tye. 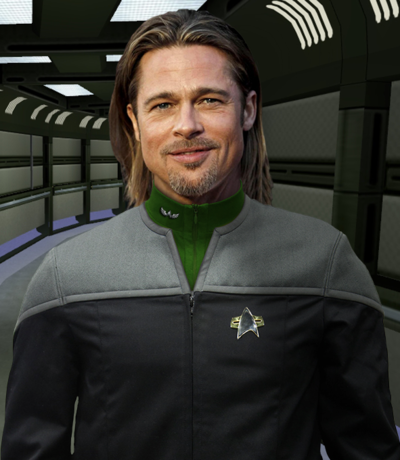 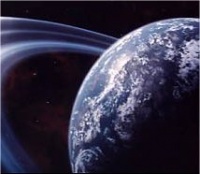 Stardate 2147xx.xx-237504.04-Tyr spends a majority of his life on the Ba'ku homeworld, studying music and, much to his parents' dismay, Starfleet. He becomes an accomplished guitarist but spends most of his time looking up at the stars, dreaming of the wonders that are out there.

Stardate 237504.04- Tyr's father, Gyruld, is killed during the Son'a attempt to remove the Ba'ku from his home planet. Tyr and his mother Lyntha are rescued by the Enterprise-E and her crew. Crushed by his father's death and disillusioned with the Ba'ku's shunning of technology and inability to defend themselves, Tyr applies to Starfleet Academy by sending his application via Lieutenant Commander Worf.

Stardate 238001.xx-Tyr has a romantic liason with Leonna Sovhar, a Talarian woman, during Nekkar's wedding. The two bond through their loneliness, and spend the night together. The next morning, Leonna was gone, never to be seen again.

Stardate 238007.xx-Tyr becomes romantically involved with Merigold Kitiganzibi. Tyr had flirted with her in the past (unsuccessfully), but made his feelings known to her on the Daris II mission. Merigold was infected with a virus that threatened to kill her. Merigold escaped from sickbay to die, leaving Tyr her pounch of merigold and sunflower seeds as a memento. Risking his life, Tyr followed her and found her. With the aide of Doctor Yavanna he created a mental link with her. He entered her mind and protected her from the dark memories of what she had been forced to do by the virus. Tyr was seriously wounded as well, and the two bonded during the healing process. Shortly after the mission Tyr reaffirmed his feelings to Merigold in person, and the two became involved and began a relationship together.

Stardate 238012.09-Tyr proposes to Merigold KitiganZibi on the Ba'ku homeworld. She accepts, but the engagement is short-lived. Choosing duty over love, Merigold breaks off the engagement. This nearly destroys Tyr and he transfers off the Constitution to escape the pain.

Stardate 238102.08-While commanding the USS Discovery, Tyr is confronted by Nekkar's uncle, Kho-Lak, who has brought with him a Half-Talarian girl. Tyr is told that Leonna, the girl's mother, was killed in a border dispute, and her foster father no longer feels that she is safe. Kho-Lak turns Daisha over to him, and tells Tyr that he is her father. Tyr begins to bond with his new half-Talarian, half-Ba'ku daughter.

Stardate 238111.xx-After a failed relationship with a young Science Officer, Tyr is determined to avoid women in general. Ironically, he encounters Eden Redstone, a half-Vulcan Security Officer. Redstone goes out of her way to attempt to stop his daughter's abduction, and builds a bond with her. She gradually breaks down Tyr's walls and he is slowly becomes enamored with her. During the Proenok mission, Tyr and Eden pose as a married couple to infiltrate an alien faction. Though at first the deception is strictly for the mission, they realize that there is something far beyond their assigned roles. The two begin to explore their feelings for each other. As their relationship deepens, Eden is captured and tortured by a vicious killer. She's eventually rescued, and both realize their love for each other kept them both alive and sane. Eden tells Tyr that she loves him. During her recovery, Tyr cuts his hair to differentiate his looks from the shape-shifting killers. Eden, realizing his sacrifice, proposes to him. Tyr accepts.

Later, on a mission to the Camelot system, Eden is tragically killed in an attempt to save an innocent life. In a final mental burst sent through their link, Eden gives Tyr the strength to move on..without her.

Stardate 238603.xx - Tyr endures several other painful relationships, including one with Lieutenant Andrews, an officer who took command of the USS Constellation after Commodore Decker was injured. The Discovery had been thrown back in time to the confrontation with the planet killer and Tyr had to make the decision to allow history to proceed-which meant Andrews had to die along with the rest of her crew. Following this, he swore off relationships entirely, and has spent most of his time being a confidant and advisor to his daughter.

Stardate 2387-88: Tyr is reunited with his lost love, Eden Redstone, having thought she had been killed long ago. On the Camelot mission, she had been cloned and her katra had been kept inside a Vulcan crystal. During the Fal'Tor'Pan ceremony, the consciousness was returned to the clone and Eden slowly became herself again. After 5 long years apart, they were reunited in sickbay and Tyr quickly proposed afterward. They were married on stardate 238816.11.

Stardate 238902.22': Eden gives birth to twin boys, Sanuye Maxwell and Tye Ghyurn, giving Tyr his first sons and uniting the family in a way he had never anticipated. The boys each carry names of their protectors and dear friends of the family.

Stardate 238905.5': With a confrontation with the psychotic serial killer Zero on the horizon, Eden flees Discovery with Teagan, shattering Tyr's marriage and ending their relationship.

Stardate 239203.27: Having put herself on the line to bring Tye and Daisha to Duronis II to get him to stay, Tyr finally expresses his long-standing feelings for Admiral Turner during a walk on the beach. The two begin a (cautious) relationship. 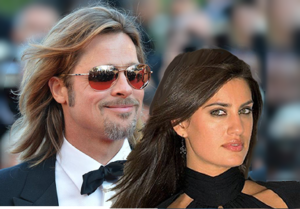 Stardate 239304.23: Toni and Tyr become engaged, and appear the first time as a bona fide couple at the awards ceremony for the Duronis II Embassy crew. Tyr kneels on the dance floor and presents Toni with a ring that he crafted from an ancient material now no longer available deep beneath the mantle of Duronis. They are in the process of setting their wedding date. 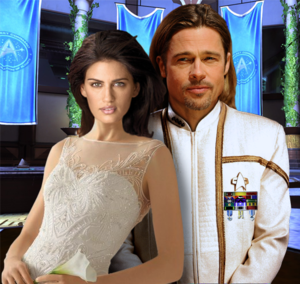 Stardate 239312.01: Toni and Tyr are married by Raj Blueheart on Duronis II in a ceremony filled with friends, former shipmates, and even a flyover by the USS Discovery, his former flagship.

Stardates 239401-238402.09:After their wedding, Toni disappears. Tyr tracks her to the USS Thunder just as it leaves orbit, and inexplicably heads out of the system. Tyr gives chase in the USS Discovery with a skeleton crew, and discovers that Toni is under the control of his son, Sanuye. Tyr and the remaining Embassy crew uncover a plot to destroy the Ba'ku homeworld and halt it, with Tyr having to fire on his new wife's ship and cripple it. Sanuye's hold over her is broken and it is discovered that behind the entire plot is none other than Eden Redstone, Tyr's ex-wife and mother of his children. Eden disappears in a Scimitar-class vessel after a fierce showdown in Embassy space. 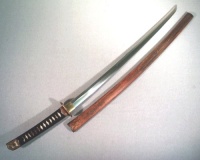 Martial Arts: While on the homeworld, Tyr studied the martial arts of many species, most notably ancient Earth. With over 200 years of training, practice, and discipline, he is an accoplished hand-to-hand and weapons expert, and a terror in a fight. Although his advancing age has caused him to slip slightly in his prowess, he is still a force to be reckoned with when starships and phaser rifles fail. He wields an ancient, 16th-Century Earth Katanagiven to him by his late sensei, Hiro Nakagawa, who took over his training when Tyr entered Starfleet. The razor-sharp weapon has sent many of Tyr's foes to their demise. 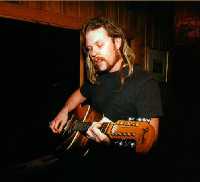 Music: Tyr's other great passion (besides his family and crew) is his love of "offlander" music. Again, his primary interest is 19th-21st century earth music. He has been known to play for his crew on special occasions, but mostly will pluck the strings of his guitar in quiet contemplation in his quarters. He is especially fond (to the dismay of his Ba'ku brethren) of rock music of the late 20th and early 21st century Earth.

Nature / Rock Climbing: One love Tyr does share with his Ba'ku kin is the love of animals and all things natural. He is at home in a natural environment, out under the sky in the sunshine. His keen eyesight and instincts are sharpest in this environment as well. He has been known to climb a mountain "because it's there", as he loves to quote Kirk, when on shore leave.

# 237506.06: Tyr is accepted into Starfleet Academy, and departs the Ba'ku homeworld, sacrificing his near-immortality for his unquenchable thirst for knowledge and exploration. He barely passes his math courses but excels in ship defense, weapons and tactics. 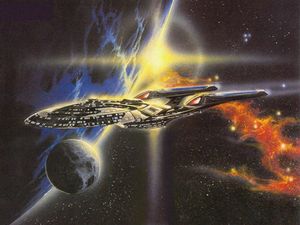 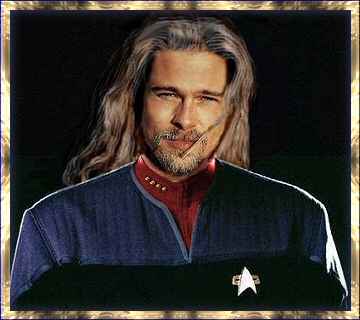