She decided to join Starfleet to explore the galaxy and also to increase her qualifications to be joined. Joining Starfleet was not a lifelong dream, but it was an opportunity to be the first to witness new cultures and species. Besides, Starfleet had some of the most prestigious journals in the quadrant. She wanted to excel in her chosen field of study and Starfleet would provide it for her.

At Starfleet Academy she was given the rank of first-class cadet because of her education. She was placed in the six-week Starfleet Academy Preparatory Program with Lieutenant Commander Dassa Alexander-Dalton as her trainer.

While on leave after rescuing the colonists, Tar along with Captain Kells observed some unusual behavior of some gormagandes in a social group along with a young calf. Captain Kells stayed behind on the USS Tharsis to study them in a group.

While jumping into QSD the USS Thor was hit by a biomass on its port side. It caused damage on deck 12. Tara rigged up some EVA suits for three marines that will go out and take a look at what hit them. The mass attacked one of the marines, but was able to phaser it, cutting off a pieces of the blob wrapped around her ankle. It was taken to medical where Lieutenant Deena studied the organism. 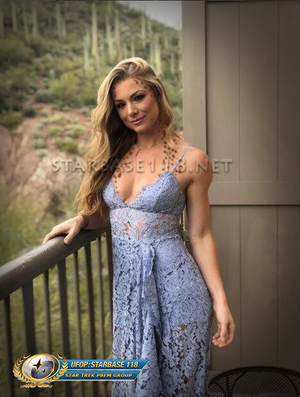 When Wilkins is not studying she likes to draw. She has a sketch book that she takes with her to doodle ideas with and other random things she notices. She also likes to paint with oils on a canvas mainly portraits of others. She has been drawing and painting since she was five years of age.

Tara loves to drink Mavrock juice. Mavrock is a deep blue fruit that grows on trees and is native to Trill. It tastes sweet and is warm as long as it is not stored in a cold environment. She loves to eat all types of fruit and usually has a glass of white wine with it. She also loves to eat salad anything from leafy salad to potato salad to egg salad. She also likes to eat poultry and fish, usually in her salad, but she does eat it as a side dish.