Thomas Kody Janeway isn't serving aboard any ship at this time. 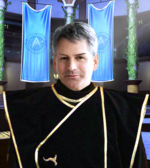 Ambassador Sitaak, Kody's father, is the Vulcan Ambassador to Andoria.

Thomas Kody Janeway was born on Stardate 235611.17 on ShiKahr, Vulcan. As a child, his parents Sitaak (Father) and Elizabeth (Mother) both sat on the Vulcan High Council, and he was raised in the teachings of Surak. His mother was slightly criticized for being on the high council because she was only 1/2 Vulcan, but this was quickly silenced when she died in an accident on StarBase 01 on Stardate 238903.08. After his mother died, his father applied to the diplomatic corps of Vulcan and was accepted as the ambassador to Andoria. 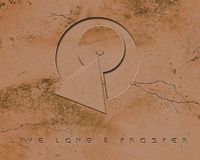 In his early life, Thomas was a very illogical and immoral child. He only had one sister (who died later in his life), and although Vulcan, he was originally spoiled by his parents - an obvious mistake on their part. He outwardly disrespected the teachings of other Surakians, and often made jokes about the Kholinar. He had little belief for "Katra" or the Vulcan soul, and often behaved very rudely towards leaders of his community. His mother did the best to contain him, but eventually it became such a tire on her that she and his father decided to send him to a monastary for his secondary education.

After learning and practicing the Kholinar, Thomas became dedicated and hardworking. His grades began to improve and his disposition with it. His attitude changed and he embraced logic to its fullness. He accepted the teachings of Surak, and even became the Valedictorian of his monastery. When the High Council got word of this, they offered him a place at the Vulcan Science Academy which he willingly accepted. After his graduation on Stardate 237805.13 with a degree in Warp Propulsion and Defensive Strategy, he applied to StarFleet Academy where he was willingly accepted.

After he graduated on Stardate 239112.10 , he took upon his less formal name of "Kody" and his mother's surname "Janeway" to honor her in death. He served on board the USS Atlantis for some time, but after committing a serious crime, he was court martialed and discharged from Starfleet.

Coming from parents who both preside on the Vulcan High Council, Thomas has always had respect for government. When he had the decision

of which school to go to, he chose Starfleet Academy after the Vulcan Science Academy, knowing that his rank and status would grow if he chose to attend. He has always been tactically minded, although studied self-defense over offensive attack when he was younger, due to the Vulcan beliefs against violence. Unfortunately, he was not able to keep his emotions under control, and in 2392, he was court martialed for sexual violence and discharged from Starfleet.

Started Starfleet career after graduation from Starfleet academy on Stardate 239112.10. First Posting, USS Atlantis. After his first mission, he finally met a few people and started some relationships - no matter how hard it may be for a Vulcan.

After being court martialed, Kody hopes to be able to live a life of meditation in either prison, or on Vulcan.