Ensign Tahlin Alse is an El-Aurian who serves as the operations officer aboard the USS Veritas.

Elegant, whimsical, but also slightly aloof and hieratic, Tahlin has a brisk, indomitable manner who is never waylaid in deed and action though his inner contemplations reveal this is something of a front. While hardly cold or anti-social, Tahlin values professionalism and can sometimes been seen as unsympathetic with his focus on the task at hand. Cultivated and tailored, Tahlin’s glossy and cut-glass exterior masks everything else about him. Most will find that they know incredibly little about him personally and he rarely volunteers information about himself. He is a man who has an incredible amount of self-awareness in regard to his strengths and weaknesses, sometimes to the point of arrogance or self-deprecation. He constantly makes reference to the fact that he is a physics specialist but has proven time and again that his skills and considerable amount of background knowledge are much broader than he lets on, such as his ‘knack’ for electrical systems.

Tahlin is surprisingly at home in large crowds of people, especially formal functions, dinners and assemblies. He’s a great dancer, master of small talk and a fabulous dinner companion. This probably came about from growing up among diplomats and being expected to attend entire seasons of social events with his parents from the time he was a small child. Perhaps growing up in these sometimes vapid and hollow diplomatic, aristocratic and elite circles stunted his development in more meaningful relationships outside of his family.

While his quarters leave little indication of his interests or personal history, Tahlin has very diverse interests to compliment his diverse skill set. He is a champion fencer, a student of history, an accomplished velocity player, a prolific journal writer and likes to press flowers, having a large collection of dried flowers. 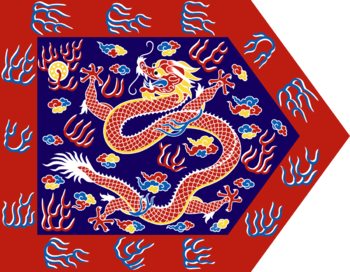 Tahlin Aiolande Alse was born on the Federation Colony of Maravel in the Aguda Township in the Aixa Autonomous Banner of the Sarhu League to Ambassador Atria Mors and Jhellion Suraan, El-Aurian career diplomats in the service of the Federation. As aliens on the Human colony largely populated by peoples from Manchuria, Tahlin’s family was adopted into the Bordered Blue Banner and as such Tahlin speaks Manchu and Chakhar Mongolian as his first languages. Other than his birth on Maravel, his early childhood is unrecorded in his Starfleet file before his parents were assigned to Cardassia Prime in mid 2376 in the aftermath of the Dominion War as part of the occupation and reconstruction forces. It was here that Tahlin would spend the rest of his childhood, coming to consider Cardassia ‘home’ for him and by the time he joined Starfleet he would become a dual citizen of the Cardassian Union and the United Federation of Planets.

Growing up, Tahlin mixed in elite social and political circles befitting his parents’ assignment and would become familiar with nearly everyone important in the new post-war Cardassian government and still counts their children as among his closest friends. As an alien and a symbol of the Federation occupation of Cardassia, Tahlin was sometimes made to feel unwelcome but his youth, coupled with his people’s unique ability to ‘listen’ and assimilate comfortably into other cultures eventually made him in many ways just as Cardassian as his peers. However, Tahlin attended a Federation-style school that was fashionable among the elite of the new democratic government so his indoctrination and ‘Cardassianization’ are woefully incomplete by Cardassian standards and most would only recognize him as El-Aurian with Cardassian trappings. He has an immense appreciation for their arts and literature and his sense of duty is closer to what one might expect of a Cardassian instead of a child of career diplomats in the foreign service. While his childhood was a tug between Federation and Cardassian civilizations, Tahlin did grow up with some uniquely El-Aurian cultural touchstones like the famous El-Aurian fencing/martial art Tworin and collects his people's poetry. 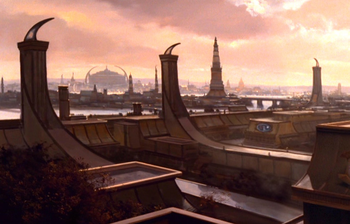 Starfleet was not an obvious choice for Tahlin. Upon his graduation from preparatory school the only viable path on Cardassia for him was the Central University, where he began attending some lectures as a high school student. Initially not considering himself a math or science oriented person, the lectures and professors at the Central University changed his mind towards the sciences and encouraged his exploration of theory and gathering of scientific knowledge while tutoring him in the more ‘hard’, mathematics based portions. It was only on the advice of the wife of one of his mother’s colleagues whose son Tahlin had grown up with, that he applied to Starfleet Academy to study Astrophysics and the Philosophy and History of Science. To his surprise Tahlin was admitted and to the surprise of all he accepted the offer to join Starfleet, leaving the politics of Cardassia for the rigorous training Starfleet Academy had in store for him.

While at the Academy Tahlin was initially a middling student, finding the combined culture shock of the Academy and wider Earth initially quite difficult and without any support system like his extensive social contacts on Cardassia Prime. However after a few Academy mixers and residence hall parties Tahlin quickly found his footing socially but academically it would take him the better part of a year to make the adjustments. Higher level mathematics were still hard for him to process even if he could expound endlessly about cosmological theory. Furthermore, Tahlin was becoming unsure of his purpose in Starfleet. While it had been an 'out' off Cardassia Prime, Tahlin was unsure if he was truly prepared to dedicate his life to Starfleet. During the summer break he instead went to Maravel to visit his childhood friend and now Starfleet officer Chambui Lkhagvasuren rather than return home to Cardassia Prime and it was there that he found a sense of confidence and purpose just from talking to his old friend. He returned to the Academy at the start of the academic year with a new sense of commitment and purpose, more than duty or merely going along with where the winds had taken him.

While Tahlin specialized heavily in physics and philosophy he also found he had great aptitude in electrical and information systems and earned honors in the Academy's Starship Operations courses. A life long lover and student of history Tahlin maintained a perfect unweighted GPA in that field. It was only in his advanced applied physics courses that Tahlin continued to struggle academically, still finding the math involved difficult and tedious. Tahlin would graduate with high marks and commendations but without actual academic honors from Starfleet Academy in 2393 and began his assignment on the USS Constitution-B the following month after graduation.

However Tahlin did not take to starship life. A case of dysthymia overcame him and he returned to Earth in defeat, ostensibly with the focus of completing his Doctorate at the Jagiellonian University in Krakow. Now in the presence of family after the Federation withdrawal from Cardassia, his mother and father were a balm to Tahlin's troubled mind, especially his feelings of failure. During this time Tahlin also took extra courses at Starfleet Academy to re-specialize as an Operations Officer as a way to give himself wider utility as an officer, once again shining as an exemplar of starship operations, especially when it came to the ships information and control systems. In the summer of 2396 Tahlin's commission was reactivated and he was reassigned to the USS Veritas on assignment in the Shoals as their new operations officer.