Fr. Philip Neri Styles, born Jacob Michael Styles McMullen is a Lieutenant and a Federation Chaplin of the Universal Catholic Faith. He is Stationed on StarBase 118 Ops he is assigned as Vicar of the Archcathedral in on the station that is in the New Orleans subdistrict. He also works as a professor of Moral Philosophy and Ethics at the Distance Learning Academy on the station. Fr. Styles is a priest of the Archdiocese of Star Fleet, working with the some of the outlining diocese like that of Starbase 118. Philip Neri is his Religious name, changed when he went into vows. He has a twin brother Canice McMullen that is a doctor in Star Fleet

Philip was born, Jacob Michael Styles McMullen on Jupiter Station. His father is a Dentist and his mother is a teacher. At the age of two, the family lived a few years on Jupiter Station. He spent the early part of his life often getting into trouble. His Family was very religious, Pius Catholics, so Jacob was brought up in the faith. But it was at age seven that, that started to take on more meaning for him. Fr. Patrick Walsh, an old Irish priest asked him to become an altar server. He also took Jacob under his wing and started to mentor him. 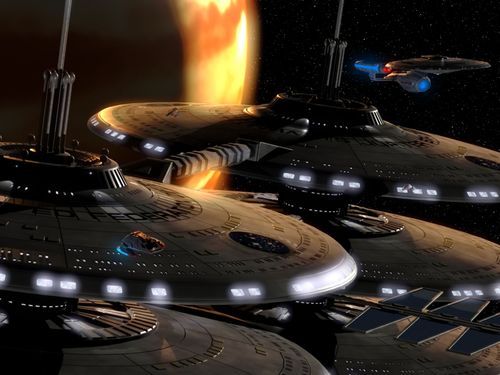 Jacob did well in school, be he started feeling this conflict inside, a pull to teach, a pull to date, and a pull to religious life. The call to religious life was hard for him, because in the last few hundred years religion had started to decline rapidly on Earth, but in recent years, it was become more popular due to Bajoran influences. So the compromise was that he would take Religious Education after school and date on the side while he figured things out. Soon he found that he had no time to date as we began studying languages. First was Latin, then Bajoran, and some Vulcan.

He had Finally made the decision to go off to Minor and Major Seminary on Earth. The local Metropolitan Archbishop of Jupiter had accepted him, and asked that he delay his studies for a year, but rather work in the mission of church for a year first.

He was sent to an refugee camp in the Delta Quadrant, there he worked in the soup kitchens feeding thousands that were still affected from the Dominion War. This was long back breaking work. 16 to 18 hour days, and it was very emotionally challenging for him.

After his year in the Delta Quadrant Jacob, came home and his Bishop sent him off to the Pontifical College Josephinum, in Ohio of the United States. The campus was built in 1881 and was still going strong. It was old world and beautiful. No replicators in the dorm rooms and real meals served out of the kitchen in the Dinning Room. He was studying Philosophy for two years before moving onto Theology. He was now with 133 like minded men, and was truly happy.

While in his first year he joined the track team and the debate team. The Seminary would divide up for inter campus games, The Philosophers vs. The Theologians. He loved all the extra games, that broke up the academic works. The academic and formation schedule was hard, days starting at 4am and not ending till 8pm and then there was still the home work to do.

The summers we filled with great adventures and assignments. Some in local Parish Churches, others on the Moon, Mars, once on a Chapel at the Space Dock Center. It was there that Jacob first gave thought to the Archdiocese of Star Fleet and becoming a Chaplin. Once he got back from the Space dock his first year of Theology was starting. He was now in Major Seminary and he then took his first vows. This was when he took the religious name Philip Neri, after a Saint he likes St. Philip Neri a missionary priest, from Florence Italy, in the year 1515.

With this name change came a new zeal for life and the faith. He increased his studies along with his prayer life. He was more driven now than ever. 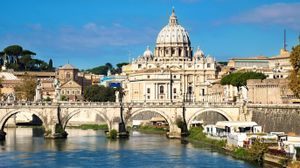 Philip got to spend a year in Rome at the Vatican and studying at both the North American College and the Biblicum. He was later ordained a Deacon in Rome at the Vatican under Pope Luke IV. This time was a true gift and again feed his faith. But at night he would often be at the old Vatican Observatory star gazing. This desire to the calling of Star Fleet was growing and working on pushing itself out.

He approached the Holy See and asked permission to be released from his own Diocese of Jupiter with his Bishops blessings so that he could join the Archdiocese of Starfleet. The Cardinal Vicar of Clergy gave his blessing and with just one more year of Seminary to go Philip returned to Ohio and completed his last year of studies.

Returning to Rome he Ordained a priest, this time not at the Vatican but at St. Pauls Outside the Walls, a church that had special meaning for him. How ever he did not have time to enjoy Rome this go around. The Archbishop of StarFleet, Vice Admiral William Moore wanted Styles at Star Fleet Academy the next day.

Star Fleet Academy for a Chaplin is much different, its only one year long, and it is not academic in nature. It is to get the Chaplin ready for Star Fleet rules and regulations and code of conduct. It also has time for formation for the Chaplin to see if this is what they really want.

Philip got his modified Cadets uniform, with clergy collar on it. His days at the Academy were more relaxed than those at the Seminary. His days started at 8m with breakfast and coffee and then onto classes. He still however was an early riser and started off each morning in the Chapel and reading. His time in San Fransisco was good. He had a lot of free time and really got to explore the city. He was in classes with others that had the modified schedule like that of JAG officers.

So he made some good friendships with others that were not clergy. All and all the year at the Academy was good. At this point he got the offer to work on his PhD but choice to not take that opportunity at that time. After finishing up at the Academy and getting a Certificate of Completion, Philip was ready for his first assignment in the fleet.

Philip, left the Academy and was made an Ensign on Starbase 118 Ops where he was assigned as Spiritual Director and Mission Director for the Outreach Missions Program.

He had many different duties on the Station but one of his favorites are the classes he teaches at the Academy along with helping to be a moral compass for those that need him as they are about to make hard choices.

Philip also got the opportunity to travel and help out of worlds that were struggling, before returning back to SB118.