From 239110 to 239204, the PANIC Room was the Par'tha Expanse Navigational Control Room. It was a joint creation by Ensign Daro Conti, Lt. Rendal Rennyn and Lt. Commander Ian West. The PANIC Room was used to control Self-Replicating ATONs (Aids to Navigation) to map and chart the anomaly-rich Par'tha Expanse, using the latest technology to keep track of space that is known for the unknown. The ATONs were self-replicating and held micro-subspace transceivers that updated the Federation navigation database once every ten minutes. If an ATON went offline it was replaced by its neighbor. 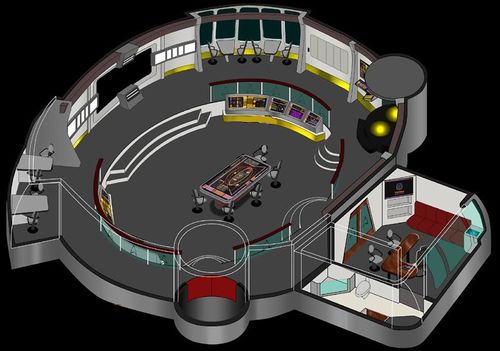 The PANIC Room's Ready Room was the office of the ship's Flight Officer and HCO, Lt. Rendal Rennyn. This room was at one time part of Science Lab Six, but was refitted and built out by Damage Control Units. After 239204 it was once again returned to Science Lab Six. 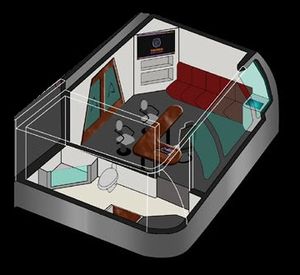 The rear of the PANIC Room housed the Flight Officer's Ready Room.

This office provided a workspace for the Chief Flight Officer and Navigator. Lt. Rennyn's roots in the farmlands of Trill were shown by the plants he kept throughout the office. On the shelves in the corner rested a set of sailing navigation tools given to Rennyn by Lt. Commander Ian West.