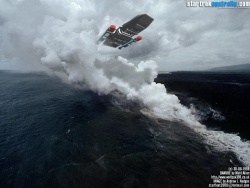 The USS Severn (NCC-72921) is a Danube Class runabout named for the River Severn which is the longest river on the island of Great Britain, Earth.

Stored in Docking Bay 5, the Severns' first use whilst based at Deep Space 17 was as transport for Wallace engineer Lt.JG Salak when he travelled to Andor in mid-2382 to assist his father in talks over a trade agreement between the moon and their homeworld of Vulcan.