Ensign T'Reshik is currently serving as a Science Officer aboard the USS Constitution.

T'Reshik used to have big ambitions. Once she released the results of her experiment to the public and proved that the Pon Farr could be controlled indefinitely with the use of her pharmaceutical compound, no Vulcan would need to undergo the shame of having their rational mind torn away from them once every seven years. She would forcibly reclaim her own bodily autonomy back from the vicious hold of nature and tradition even if it killed her. Or other people.

And kill her, it very nearly did. With the last few vestiges of her coherent mind, T'Reshik lay on her hospital bed as the fever finally took its destructive course through her body, and dictated a full confession of her crimes before ordering her doctors not to resuscitate her.

She fully expected to die back then, but to her surprise, she found herself still alive at the end of it all, albeit in a lot of legal trouble and having lost the use of her legs.

Four years and a lot of rehabilitation later, T'Reshik is back in Starfleet - older, slightly wiser, but no less determined to save the world, although hopefully with less unethical medical experimentation this time around.

Evil!Choi: =/\= I want you to play a game with me! I do love my starship simulators. Although I’m not sure if I’m the computer core, or the captain of this vessel. Why don’t you fire on me and find out? =/\=

T’Reshik: =/\= I will not ‘play your game’ and I refuse to become complicit in harming my friend. Computer, initiate self-destruct-=/\=

T'Reshik: Would you alter the past, if you were able to?

::Taurek's answer surprised him. He'd meant to point out that interfering with established events was contrary to Starfleet regulations, but he found himself speaking before he'd even formed that sentence in his head.::

::T'Reshik closed her eyes. His response seemed to hurt her somehow, but he could not tell why.::

Saveron: If your concern is over the potential expectation of future interactions, I have none. I find your low-grade antagonism towards the universe at large personally disagreeable. However I do not see that there should be any logical obstacle to our having a functional professional relationship.

::T'Reshik actually seemed to relax a little at this.::

T'Reshik: That is agreeable to hear, since I find both your ethics and your style of communication overly accommodating. We would be poorly-matched as a couple. ::Pause:: As colleagues, however - providing neither of us expect anything more - I concur with your assessment.

Saveron: Then we have an understanding.

::His eyes drifted shut. T'Reshik stared at him for a moment more. She had the strangest urge to thank him, but didn't give in to it..::

::She looked ahead again, and the silence was easier now.::

[ARCHIVIST'S NOTE: Compiled as part of an Intrapersonal Awareness course at Bayeaux CRC, 2391] 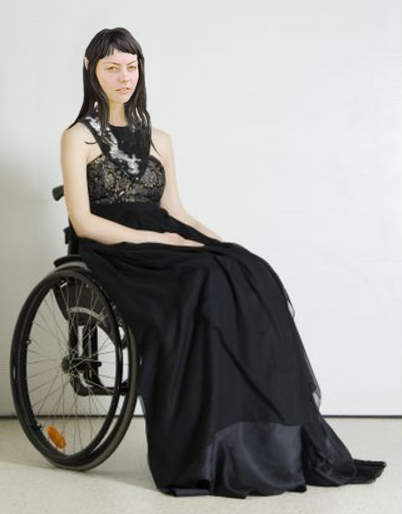 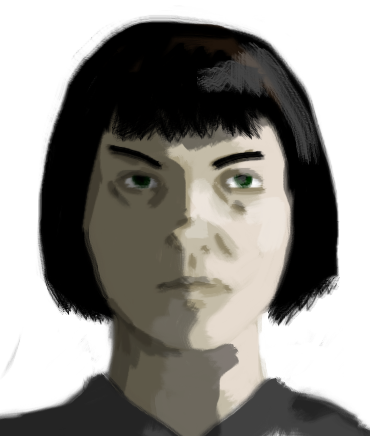 Portrait by fellow inmate at Bayeaux, 2390