Lieutenant Junior Grade Diego Beyett, a Terran, is currently a tactical officer stationed at Starbase 118 Ops and her support ship, the USS Narendra.

Diego was born into a nice family on June 11th, a long time ago. Ever since he was a little boy, he always loved the idea of going into space, and flying for Starfleet. Diego hoped that one day, he would fly for them, and attack the big bad "monsters" and save the universe! Diego lived a fairly happy childhood, until his brother Ryan Beyett died in a bad accident when Diego was 12 years old.

The cause of death is still up in question to this day, giving Diego the determination to figure out what really happened some day. For 3 years following Ryan's death, Diego suffered from depression. Ryan was a good brother, and he couldn't believe he was gone. Eventually, he returned to his normal self. Diego's high school life was normal. He was very smart and was in all "honors" or advanced classes. After high school, he decided to join Starfleet Academy to be a tactical officer. His main goal was to become the commanding officer of a Starfleet vessel someday. After his training he graduated and is now currently serving on Starbase 118, after previously serving on the USS Columbia and the Duronis II Embassy. Diego has lived a great life so far and hopefully many more memories and events will happen in his life. 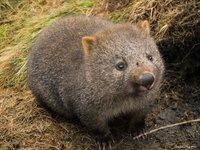 Diego acquired Wally the Wombat on Stardate 239208.04 while the crew of the USS Columbia were on shore leave. 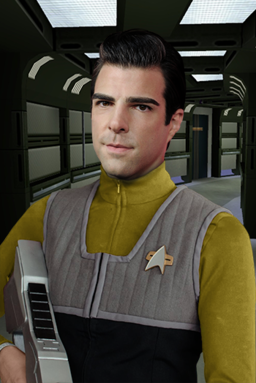