Dev spent all of her childhood from birth up until her early teens on the Ice Coast, which is in the northwestern region of the central continent of Tikan. She worked along side her father for their fishery, and spent the majority of her time enjoying life as a farming family. It wasn't until her coming of age did she travel to the East Gate, and discovered the Interplanetary Port in Krexxi. Krexxi, the capital of Rodul, had officially bridged the gap with other worlds by opening an intersterllar port for travellers, which was nearly unheard of prior. Rodulans had almost been xenophobes in their own right, not wanting to destroy the world they'd made for themselves over thousands of years. In the Ninth Era however, things would be different, and Dev found this a great time to be alive. Dev was an average student, and felt more her perception of life being based in intuition and feeling, moreover complete objective thought and fact. This proved difficult for her when her telepathic abilities began to emerge in her early teen years. She found herself gravitating more towards disorder and chaos, as she loved making sense of those things with her mind. Around the age of 20, she found herself coaching youths, and giving life advice for others, and even at times gouging them for money on false futures.

The age of 25 brought strife in her life, as she had been travelling the system by then on whichever freighters would take her. She enjoyed space travel, and wanted nothing more than to do it as often as possible. Home life would interfere with this though, as her projected duties were at home on the Ice Coast, not floating about in space. Her parents were both adamant that she remain on Rodul to tend to the family business, and provide for her community. She felt the opposite was in store for her life, and chose accordingly. Her parents didn't quite shun her for it, but they might as well have. That choice would prove difficult after some time, as racism and utter disregard would begin to rear its ugly head as she travelled. Her black eyes and characteristic stare would often draw attention that was not needed. She was finding it difficult to curb. Violence was something she was starting to learn, but that she didn't want more of. After years of travelling the stars in an unorganized fashion, she decided to join Starfleet, and put her given talents to work. She engaged in the academy, with her final cruise beginning on stardate 239610.16. Where she would end up from there, not even she could see that future just yet... 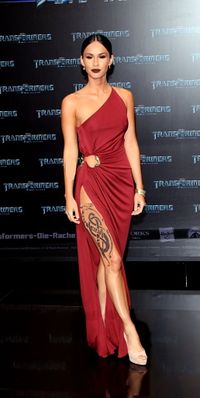 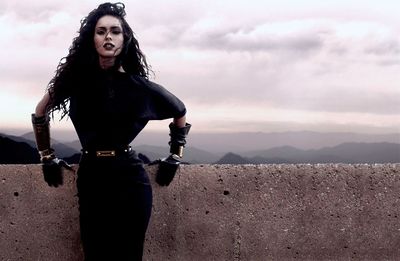 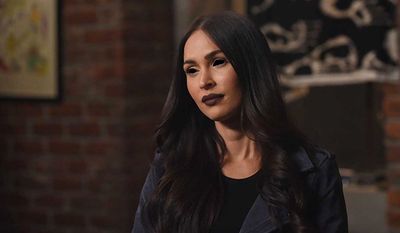 Hanging out at Poseidon's