Crewman, 1st Class Cheesecake Watanabe usually know as Cheesecake is currently serving as a Therapy dog and morale officer aboard the (USS Gorkon).

She certainly knows who she appreciates and who she doesn't. She loves the entire crew of the USS Thor, or most of them, regardless of their opinions about the matter.

She was pretty fond of Geoffrey Teller and used to sleep in his office.

She likes marines. Mostly if they have tennis balls. Even after "the INCIDENT"

In spite of her big size, which makes her seem a bit rough and awkward, Cheesecake gets along very well with children, whom she loves. However, because of her size, she can step on them unintentionally. As for her relationship with other dogs and people she doesn't know, she is usually peculiar, but she will be protective of her 'pack'.

While working with Corliss Fortune she received the nickname "CC". She loves it, always means snacks 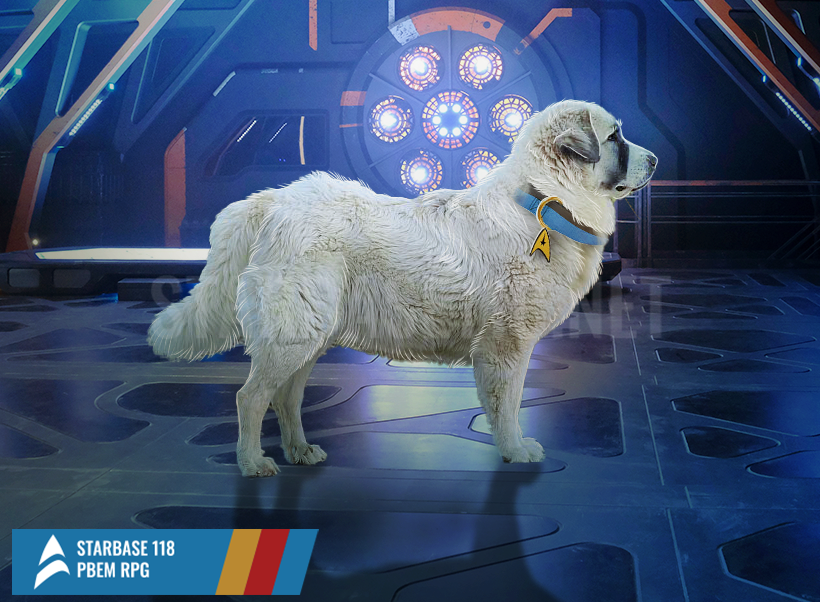