Byron DeWitt is an independent travelling merchant, smuggler, profiteer and Captain/Owner of the SS Pyrrha a Medium sized Centauran freighter that operates out of Deep Space 26 in the Par'tha Expanse 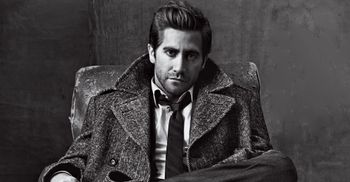 Byron, Lounging about in his cabin

Byron DeWitt was born on Velestus, to a loving, wealthy family. He wanted for naught and wanted everything. Or so he's quick to say. In truth he keeps his upbringing close to the vest and is always quick to offer up some well thought out, exaggeration of his life at the drop of a hat should the need arise. The roguish good looks and demeanor can be attributed to his charming personality. There isn't an item he can't procure, a job he can't complete and a woman he can't woo. And he's got no issue telling as much to anyone who inquires.

His pride and joy and the thing he values most in this life, aside from his life is the Centauran Medium Freighter, Pyrrha. Comparable in size to a Nova class starship the Pyrrha the majority of the shipl which has been heavily modified by DeWitt in the two years since he'd acquired her. Aside from having heavier armaments, shielding, and plating than a freighter of its class comes with stock, it also has several concealed and shielded compartments for hauling illicit goods across territorial borders. DeWitt always likes to have a few surprises up his sleeve in case he needs it. He has a small crew of thirty seven that he pays quite well to keep his ship running smoothly during trade runs. They're all just as ambiguous in their ethics and morals as he is, at least in as far as the willingness to purvey in all manner of goods. The more profitable the better. Though he makes it a point not to employ Ferengi.