The Mugato and the Bunnicorn (USS Thor) 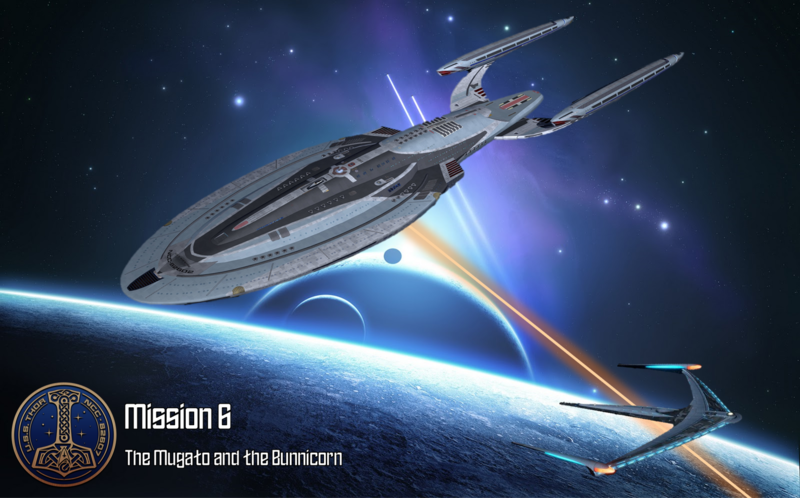 When Commodore Kells is recalled to Starbase 118 for a competency review board, the USS Thor is ordered to undergo combat training against one of the fleet's newest ship: The USS Nashira.

Starfleet command summoned Commodore Aron Kells to Starbase 118 for an unannounced purpose, leaving Commander Geoffrey Teller in Command of the USS Thor. Immediately upon the Commodore's departure however, the USS Thor was assigned to take part in war games in the Chin'toka system. They were tasked with hunting down pirates who were suspected to be looting weapons platforms leftover from the Dominion War. The USS Nashira, captained by Commodore Ossa V'Airu would take the part of the pirate vessel. To further complicate matters, Starfleet Command reorganized both crew just prior to the exercises beginning. The Nashira's senior staff was temporarily reassigned and the Thor's senior staff was split evenly between the USS Thor and the USS Nashira. This was meant to represent diminished staffing and emergency replacement conditions that may be experienced in war time.

With the crews thoroughly mixed up and the Thor's Commanding Officer gone, the war games begin.