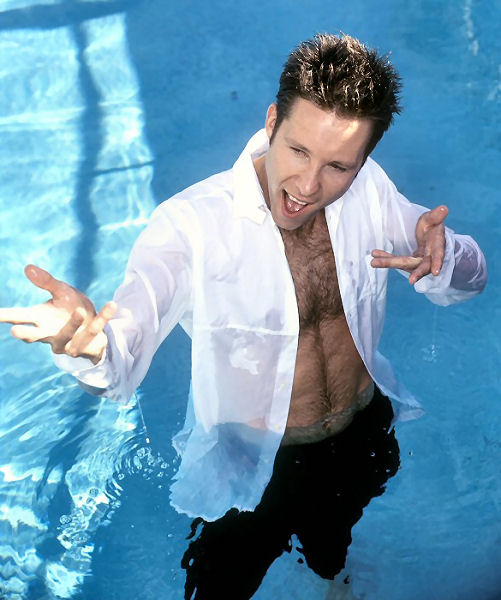 Kane Morgan singing in the Holodeck

Ensign Kane Morgan is currently serving as a Security Officer aboard the (USS Constitution).

Kane has yet to connect with anyone on board the Constitution, however he does have many close friends back home.

Kane had a very strict upbringing. His father was overbearing yet fair. His mother was often distant but when she had free time she always managed to spend quality time with Kane. It was a very strange and unbalanced relationship, and because of this fact Kane grew up conflicted. He had trouble making friends as a teen but the friends he did make became like family to him. He has made peace with his childhood or rather the lack of one, and planned early on to make a career as a merchant. The last thing he saw himself doing was joining star-fleet, that is until one day he stumbled upon an old file on his family's computer terminal.

The file was an old video of his father being awarded some kind of medal for successfully rescuing over 400 colonists from a planet whose sun was about to go supernova. From that day forward two things changed in Kane Morgan.

Firstly, he now had a new-found respect for his father, and realized that his strictness had been his way of showing him he loved Kane, and wanted him to be safe, well educated and possess the ability to protect himself. And secondly, Kane had the overwhelming desire to follow in his fathers footsteps as best he could, which led Kane to attend star-fleet academy as soon as he was able. To this day his one goal is to make his parents proud. 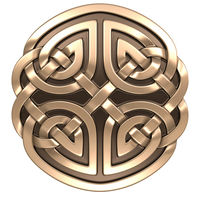 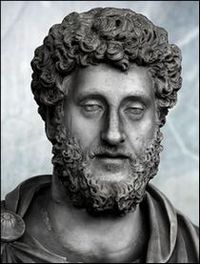 Kane's fondest memories of his family life are many. Both of his parents wanted the best for him in everything, in all aspects of his life. As a child he was taught so many things, but mostly he was taught about his family tree and the history that it held in it's branches. His parents both researched as far back as they could, and continue to do so even today.

The surname Morgan has several different origins. The Welsh surname is derived from the Old Welsh personal name Morcant, which is of an uncertain origin. The Irish surname is an amalgamation of this Welsh surname, which was brought to Ireland in the Middle Ages, and several Gaelic surnames, most notably Ó Muireagáin. The Scottish surname is of an uncertain origin. It may, however, be derived from a Gaelic cognate of the Welsh Morcant already mentioned. Ultimately, Morgan's surname origins are Celtic.

His middle name is said to be inspired by Lucius Aurelius Commodus, A Roman Emperor. Kane had a dislike of his middle name Lucius because of a late 20th Century movie named "The Gladiator" in which his (Middle) namesake was portrayed as a corrupt, twisted, juvenile and immoral son of Marcus Aurelius.

Kane was also very well educated in other areas varying from linguistics, music, and military tactics beginning as early as 6 years old. He is fluent in five languages. English, Old Latin, Klingon, Vulcan and Romulan. He is also an accomplished musician and singer prior to joining Starfleet, however the instruments, and his favorite songs that he can sing are all anachronistic, dating from the early 20th century of earth.

Whenever he has free time he can be found practicing his singing and playing his instruments, enjoying ancient 20th century texts, music, or movies. He also enjoys working out, or practicing his combat skills in the holodeck.

Kane desperately wants a family one day so that he can carry on his family's bloodline, but at the moment his primary focus is his career in Starfleet. Everything else comes second. For now.