Ensign Gavin Kinnear is currently serving as an Operations/Communications Officer aboard the USS Eagle.

Gavin was born on 237306.15 in New York City on Earth. He is the first of three children his parents, Emilio and Carlanna had. Gavin was always more of the “shy” type. Ever since Gavin was a little boy, he was fascinated with Starfleet, hoping to become an Officer one day, serving on the biggest and most advanced ship Starfleet had. His fascination continued on to his teenage years, and eventually after he graduated high school, he decided to join the Starfleet Academy. Gavin had hoped his efforts in Starfleet would allow him to open up out of his shell, make new friends, meet amazing people, etc. In the Academy, Gavin took up an Operations major while also pursuing a Security minor. Gavin took the Academy very seriously, as he wanted to be the best Starfleet Officer out there. In Gavin’s free time, he is an amateur botanist; growing all types of small flora and fauna.

Gavin is very focused on his work. If Gavin had any sort of free time, one would still probably find him on the Bridge, or in his personal quarters working on something. Some would describe Gavin as a "workaholic" but that never bothered him. Due to this nature of his, his social life has slightly suffered. Gavin has always been more of a shy type of person. Essentially, he'd rather do work than socialize. His lack of social interaction had started bothering him recently, so he has slowly been trying to introduce himself to more people, and make friends with his crew-mates.

Gavin's father holds a doctorate in Botany and plant studies, specializing in succulents and cacti. As a kid, Gavin would always sneak into his father's personal lab, staring at the plants all day. Instead of getting in trouble, his father would teach him about the wonders of plants. As time passed, Gavin became more interested in his father's work. At one point, he considered studying Biology after high school, but instead decided to join Starfleet, picking up Botany as a hobby. Over the years, Gavin has acquired a unique collection of different succulents and cacti. He decided to bring some on-board the Eagle, following the proper bio-hazard procedures, to keep him busy during his small amounts of free-time. His collection on-board includes: 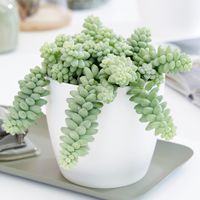 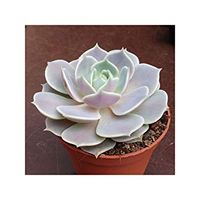