The Aelann Shipyards have been an integral cog in the interstellar operations of the Par'tha Expanse for several hundred years. Its employees reflect the multicultural environment of the system. Like all the worlds of the Expanse, Aelann became part of the Empire through fiat rather than subjugation. The original shipyards expanded to include an Imperial base. Once the Imperials left in 2393, work returned to its previous yet still busy levels.

The shipyards are made up of several hundred orbiting docks, each able to service several dozen bulk freighters or hundreds of smaller craft. Hundreds of thousands of dock workers, technicians, loadlift operators, mechanics, rolf supervisors, and cargo inspectors team in and around the various ships in their docks and cradles. Many of the orbit docks were dedicated to servicing Imperial vessels, and there was always at least one Imperial destroyer docked in the Imperial zone, undergoing routine maintenance.

The Yards are protected by both patrolling cruisers and armored defense platforms. The defense platforms are modern facilities manufactured by Balivari Industries. Most of the orbit docks themselves are over 200 years old, and are continually being updated and revamped to keep them safe and up to current technological standards. 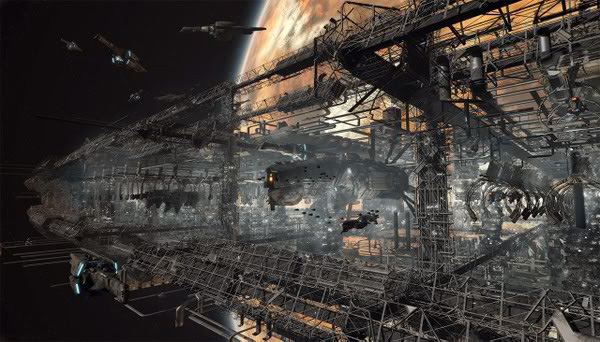