Lieutenant Wilhelmina Bellweather is a Medical Officer aboard the USS Veritas. 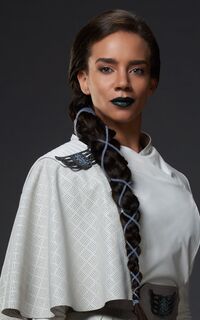 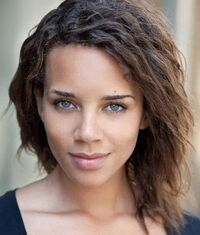 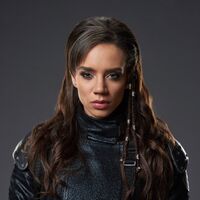 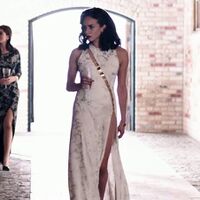 At the start of her career Billie was brash and enthusiastic, so much so that a lot people found her a little irritating. The events of her five years on board the Io sobered her quite a bit. However, She still brings a lot of energy to her work that shines through her responsible demeanor. She is an excellent healer with genuine compassion for her fellow beings. She feels things deeply but covers her emotions under a veneer of gruff, irritability. Loyal to her friends and more empathic than she sometimes likes to show. She is intelligent, caring, and determined, Billie does her duty well. She is curious with a good sense of humor, and has an affinity for Earth cuisine, particularly like Cajun food (especially boudin and cornbread). She has a cheeky sense of humor, and has been known to pull a prank or two. She has mellowed with experience and mileage, though withher friends her personity still shines through. She isn't ignorant of her sometimes arrogant and cocky demeanor, she can be a doctor with whom it is difficult to argue 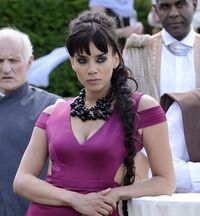 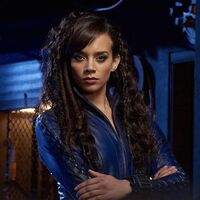 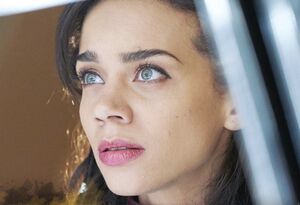 She met Walked after only a few days onboard the Io when he came limping into sickbay with a sprained anckle. The two had similar interests in old Earth combustion engines and enjoyed watching the sunset. After a year of dating, the two were married onboard the Io. During medical school she had never found time for romance or a relationship, it took being out on the fringes of civilization to find love. The couple had decided to wait to have children until the voyage was over and they were back in the Federation. As time went by the strains of life onboard a ship began to wear at their marriage. As First Officer Walker was always on duty it seemed, and with her working Beta and Gamma shifts in Sickbay the two didn't get a lot of time together. Spending more and more time with her friend Octavia Jaha, a Security and Tactical officer, Billie found herself becoming more and more pulled to O. In the last year of the 5 year voyage, She and O began seeing each other behind Walker's back, as their marriage seemed to be more one of repetition than romance. the fire having died. Filing for divorce after he what he called unreconcible differences, she found comfort with O. With 6 months still left in the voyage, she requested a transfer off the ship as it was unfair to Walker to remain on board. She stopped using his last name and went back to her maiden name. In the last three years neither has had any contact with the other. It remains one of the biggest regrets of her life, she is still ashamed of the way she treated Walker and O and has sworn off any type of relationship with anyone

The two met on the Shuttle ride from Deep Space 9 to the Io, both fresh faced Ensigns, Billie took and instant liking to the younger woman. Brave. bold, and passionate, O had a certain joie de vivre, she pulled people in like a tractor beam. The were assigned as roommates and got into a lot of mischief while on board. It was her idea to steal Walker's office door, her theory being the XO should know every knook and crany on his ship, it took him nearly 6 months to find it. The two enjoy a prank rivalry on the Ship, getting each other in trouble several times with Captain Na'Toth. During the first month of the voyage, O began teaching her Kickboxing and Muay Thai. Their relationship became a little strained when she started seeing Walker, O didn't like Walker all that much and didn't like spending time with her if he was around. After she moved to Walker's quarters their friendship was replaced by a more professional one, as O would only come to see her in a Professional capacity. They even stopped their Friday lunch. However, O was there when Billie needed her and she helped her get through some very rough times As their relationship had evolved past mere friendships. Sticking with her through the divorce. the two decided it would be better to transfer off the Io. Knowing the hurt she caused Walker, Billie decided to take a posting as far from Him and O as possible. She and O still keep in touch but have not seen each other in over a year, though their bond is still strong

Willimina Camilla Bellweather was born on 30 October 2363 in Anlaby, East Riding of Yorkshire, the daughter of a Norwegian mother and an American father. Her mother is a Bio-Maintenance Engineer, while her father is a forensic psychologist. Blessed with an eidetic memory, she grew up in rural farming village by the sea. Her parents wanted to raise their children away from the urban sprawl of London. Spending her summers between her father's boyhood home in Bogalusa Louisiana in even numbered years, she stayed with her Uncle Mattie, it was from him that she found her love of motorcycles and engines. They would work on his ancient 20 Century Harley Davidson knucklehead. At eight years old he bought her her first model starship kit, and she has been building them ever since. Odd numbered years were spent at her grandmother's home in Kattegat Norway, fishing in the fjords and learning to ski and snowboard from her cousins. In the winters she would visit her Beste, skiing and snowboarding the local mountains. During these long winters her Beste taught her how to cross-stitch and sew. Their favorite thing was knitting sweaters for the family every winter. She has an older brother, Michael Dawson, 4 years older, the two would go fishing after school and go to the arcade on the local pier. She attended primary school in nearby Kirk Ella, gaining top marks in Mathematics and the Sciences. She received her secondary education at Hull Collegiate School where she continued to excel in science. Deciding to become a Doctor at age 14 she took her Medical aptitude tests and received a perfect score. Receiving the Prestigious King's Scholarship to Oxford, it only took her 2 years at university to gain her Bachelors Degree in Biology and Medicine. Excelling in her studies she earned her Ph.D in only 3 years. While there she also joined the Track Team and Gymnastics squad. Graduating summa cum laude and the top of her class in Neurology in 2384, Billie graduated Oxford Medical one year early. Gaining an appointment to Starfleet Academy, she started her Pleb year in the fall of 2384 the next 4 years were the toughest of her young life, still she made fast friends and enjoyed her time at the Academy. Graduating in 2388 she began her surgical internship at London's National Hospital for Neurology and Nuerosurgery after completion of her internship in May of 2390, she applied for a posting on an exploratory Ship. Wanting to see the Galaxy and learn first hand first hand in the field, and to treat all the varied Species of the Federation, she began a 5 year voyage on the Titan Class Exploration Ship, USS Io in Mid 2390. 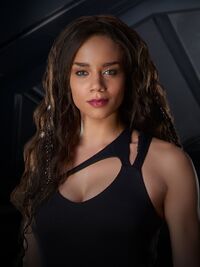 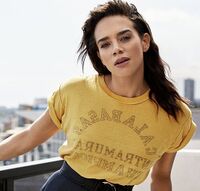 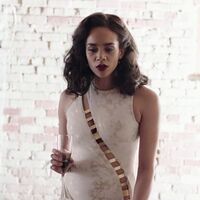 USS Io. Luna Class, medical officer and surgeon. 239005.25-239509.17 Billie's first assignment after Commissioning was a 5 year voyage through the former Cardassian Union. During the cruise she was promoted from Ensign to Lt. JG. She also published several papers on frontier medicine in the 24th century. Spending several years in surgical residency on board the Io, Billie became the Ship's surgeon in 2394. While on board she meet her husband, the Io's First Officer. Walker Sheridan. The two married after a year long courtship in 2393. The two would Divorce when he caught her in a relationship with the Ship's Weapons Officer, Octavia Jaha. Sighting unreconcilable differences the couple separated and Billie transferred off the Io 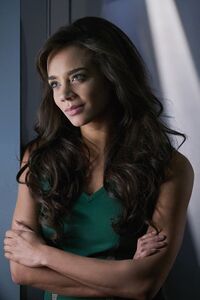 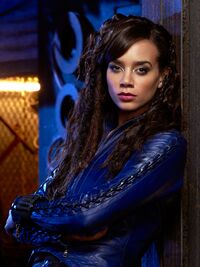 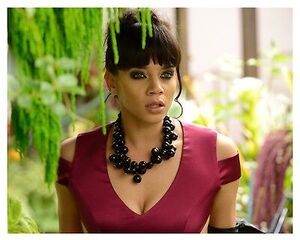 Looking for a fresh start and wanting to get as far way from both Walker and O, Billie transferred to the aging Excelsior Class, USS Illustrious, as the Ship was in need of a new Surgeon. Stationed along the old 23 Century Neutral Zone between the Federation and Klingon Empire, she became an expert in Klingon physiology. Promoted to full Lieutenant, Billie took over as the Ship's Chief Surgeon in early 2396. Spending the next year on patrol, Billie found herself helping with several diplomatic missions to Kro'no'os. She also gained qualified flight status, after a Mission where she had a chance to take the helm of the Ship. It seemed flying agreed with her 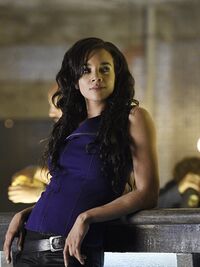 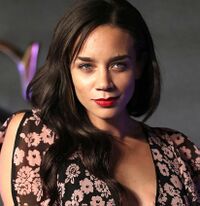 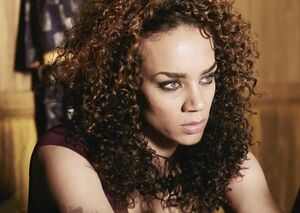 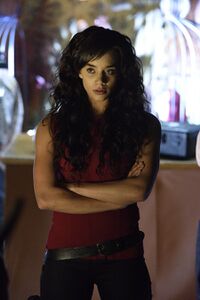 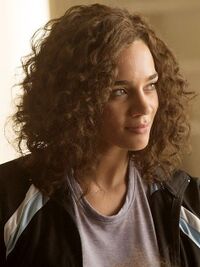 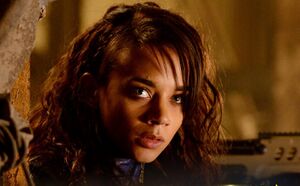