Maxwell Tannhauser was born March 23, 2370, to parents Susan and Barbara, on the North American continent in Connecticut, a state in New England. Susan Tannhauser is a journalist and Barbara is a professor of theoretical physics at the New England Academy of Science. Max is the third of four children. His closest family members are his sister Kristen and his mother Susan. At the age of 14, his mother Barbara brought the family to a special demonstration at the Science Academy of Starfleet vessels. Max and his twin sister Cora were part of a flight demonstration, and the pilot gave Max an opportunity to take the controls briefly. He rolled the shuttle perfectly, causing screams from the people aboard, a hearty laugh and half-hearted scolding from the Starfleet pilot, and the longest punishment of his life, but it was worth it: he was determined from that point on to helm a starship. 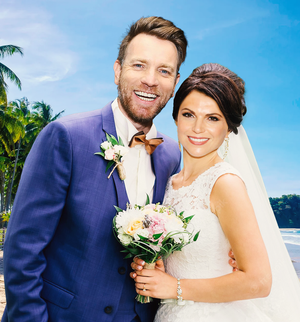 At the age of 17, Max’s mother Barbara undertook a rare research opportunity: she would study a black hole, up close and personal. So close in fact, they would experience massive time dilation. They would experience a trip of 4 years, but to the outside world, would be gone for almost 8 full years. Due to the nature of the mission, all six researchers would bring their families. It was there he met the woman who would become his wife, Rachel Ortega, the daughter of the head researcher, Cristobal Ortega. They married when the mission returned, marrying at sunset on stardate 239502.18, on the beach on the coast of Florida. He spent his academy years in the limited cadet quarters for those with family, and draws strength from the support of his family, his wife in particular.

Max is ambitious, but not power hungry. He would be content to explore the cosmos from behind the helm for the rest of his career, but the big chair started to look pretty good as his courses ran training simulations. Being from a close family, loyalty, kindness, and support are his guiding principles. Max isn’t head and shoulders smarter than anyone else, but what answers he doesn’t have won’t go unanswered for very long. At his heart, he is a dreamer and an explorer, and a mystery is only an opportunity for Maxwell Tannhauser to learn something new. 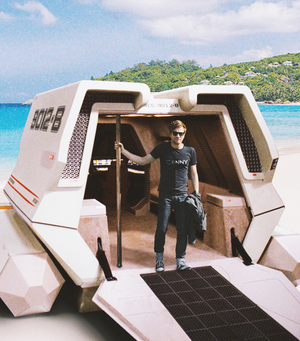 After being assigned to the Constitution, Max made his way to the replicator. He searched the Constitution’s database and found exactly what he wanted: a way to announce his new posting whenever he was off-duty. Sized to perfection, Max wears his “CONNY” shirt, emblazoned with the ship’s crest, at every opportunity.