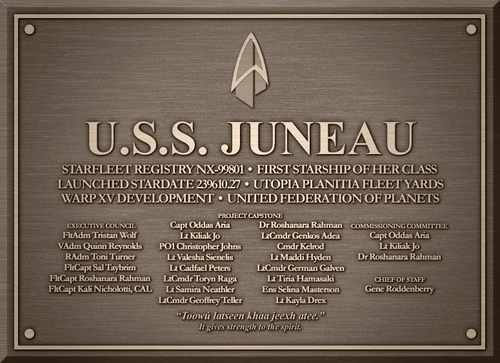 The name Juneau originated from the Alaskan city of Juneau, which was founded in 1881 by gold rush miners rushing north from California. The name originates from the last name of the miner and prospector who discovered the area which the city inhabits; Joe Juneau. The city's name being used for ships has been a rare one but nevertheless throughout the 20th century there had been three ships given this name.

The USS Juneau (CL-52) was the second ship of the eight ship long run of Atlanta-class light cruisers. She was launched on the 25th October 1941 and commissioned on 14th February the following year. After a hurried shakedown cruise due to the Second World War, she was posted on blockade duty in the Caribbean to prevent the escape of Vichy French ships. Following the completion of this mission, she was assigned to the Pacific and on 15th September 1941, she was involved with saving 1,910 crewmembers from the sunken USS Wasp. The ship was first in major combat at the Battle of Santa Cruz on 26th October 1942, where she shielded the USS Hornet from air attack. Unfortunately, on 13th November, she was struck by a torpedo from the IJN Amatsukaze. This signalled the beginning of the end for the ship. The severely damaged ship was then struck by two torpedoes from the submarine I-26. She sunk a few moments later. This is the ship where the famous Sullivan brothers were stationed. The wreck was discovered on 17th March 2018. 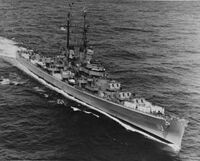 The USS Juneau (CL-119) was the titular and lead ship of the Juneau-class of light cruisers. She was launched on 15th July 1945 (just at the end of WW2) and commissioned on 15th February 1946. In her first three years of service, she patrolled the Mediterranean aiding in the newly established borders between Italy and Yugoslavia. On 22nd April she had been transferred to Korea and began patrolling the Tsushima straits. When war broke out on 25th June of the same year, she was ordered to carry out shore bombardments and prevent amphibious landings. Her first naval action on the 2nd July resulted in her sinking three torpedo boats. She remained in Korea until the 1st May 1951 when she headed into dock for an overhaul. Post-Korea, she returned to the Mediterranean in 1955 for her last tour of duty. She was placed in reserve on 23rd March 1955 and decommissioned on 23rd July 1955. She was finally scrapped in 1962. 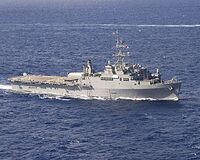 The USS Juneau (LPD-10) was the seventh ship of the twelve ship long run of Austin-class amphibious transport docks. She was launched on 12th February 1966 and commissioned on 12th July 1969. Throughout, the seventies, the Juneau was deployed in the western Pacific making eight trips into Vietnamese waters, where she earned five battle stars. In April of 1990, she supported in the clean-up of the Exxon Valdez oil spill. During Operation Desert Storm in late 1990, the Juneau was used as a troop transport dropping off supplies in Saudi Arabia. Since this, the Juneau had been used as a peacekeeping ship (as seen in East Timor in January 2000). Finally, after a long service life of 39 years, she was decommissioned on 30th October 2008 and eventually struck on 13th November 2017.