Lieutenant Jaired Birks, a Terran/Betazoid is currently the Chief Flight Control Officer aboard the USS Eagle. 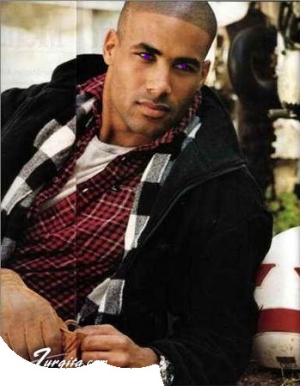 239807.19: Graduated from Starfleet Academy and Promoted to Ensign.

Jaired Birks was born on the USS Ticonderoga, the ship his father was commanding. He was born both deaf and blind. Before he got his first audio implants at the age of five, He communicated using mental abilities Betazoids are known for. After he got his hearing implants, he went through years of extream physical lessons. He mastered several forms of martial arts using only his hearing. He was made to constantly deactivate the ocular implants he received at the age of seven. Birks was on most sports teams at the academy and is said to be very competitive at times, maybe overly so. He was already driven by his strict father.

Other than physical fitness, Birks loved to fly. He mastered piloting and engineering as thoroughly as he did martial arts. He decided long ago that he would follow in the footsteps of all the men in his family in joining Starfleet as a pilot and Ops officer. He also wished to be like his great great great Grandfather Captain Hikkaru Sulu and his very distant Grandfather, Travis Mayweather.