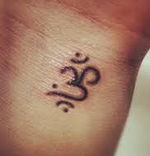 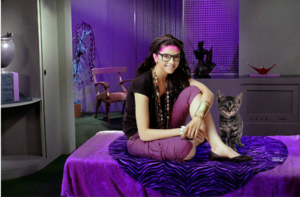 Asmira was raised in a wealthy, noble family in Northern Rania. The family spent their time between their main home in the forest city of Tangara and their beach home on the northern coast. Asmira was always a very obedient child, quiet and proper. She hated the primness of her family's socialite life, but she was never bold enough to rebel against it.

A friend of Asmira's mother also had a young child, a lomale named Iniko Mpeba. Asmira didn't spend a lot of time with jhea, but she admired jhea's stubbornness and bravery. They got to know each other a little better when Iniko's mother joined Asmira's family coven Gudud.

The coven in Rania was small, but close-knit and conservative. The lomales performed in the coven's ceremonies, but their main role was to provide "procreation services" for the members of the coven and other people in the community. The females either served as healers, caretakers of children and the land, or as elders in the coven. Males were not allowed in the Gudud coven.

Asmira was pushed into joining the Gudud coven when she was in her early teens. At first it was like an after-school class where she was tested on her fielding skills and taught how to use them. As she advanced into the sisterhood, her mother took her out of school to do all her training with the coven.

Being a female, the sisters first started training her as a healer, but soon discovered she had a unique gift in sensing other people's energies. Asmira could feel how the energy inside a person flowed, where it got stuck, and how it reflected people's emotions. A sister named Omolade, who had a similar gift, took the young teen under her wing and tutored her. Asmira learned how to interpret the energy into understanding the person's emotions.

As Asmira got older, Omolade started pushing her student towards manipulating people's energies. At first Asmira thought it was a helpful thing, thinking she could heal people emotionally. But she soon learned the dark side as she watched Omolade force a town council member to change his vote on an issue by manipulating his emotions on the subject. She did it by stopping up his energy at his heart level, causing him to feel emotionally fixated on the issue, and thereby voting the way Omolade wanted him to. Asmira had nothing like that kind of control, but she feared to use her gift.

Around the same time, Asmira's childhood friend Iniko joined the coven under pressure from her own mother. Iniko had a similar distrust of the coven and its stifling hold on the community and its traditions. The two of them planned for months to escape the coven and Rania altogether. Asmira was able to get some money by pawning most of her expensive possessions, and the two managed to flee to Lokesh City where they stayed with Iniko's brother.

Once they were settled in Lokesh City, the larger issue of the Romulan Occupation began to press on them. Iniko and Asmira argued about what course to take. Iniko wanted to join jheas brother in an anti-Romulan Revolutionary group, while Asmira just wanted out. They parted ways a bit grudgingly, but on generally friendly terms. Asmira used the last of her money and a few contacts her family had to get herself smuggled offworld. Once free of her family, her coven, and the Romulans, Asmira set off for Earth with a plan to join Starfleet in order to fight against oppression everywhere. That was her official goal at least. She also desperately wanted somewhere with rules and procedures which she found lacking in the greater galaxy. Starfleet offered her a safe haven of legalism.

Once she made her way to Earth, Asmira was able to get a school visa and eventually was able apply to Starfleet. Enrolling in the Fall of 2385, she was 20 when she started her first classes. Asmira was a competent student. Not brilliant but a hard worker, she kept her grades up at the cost of a social life. She didn't make many friends, though the few she did were close friends. She focused her efforts on studying and doing part time jobs around the school.